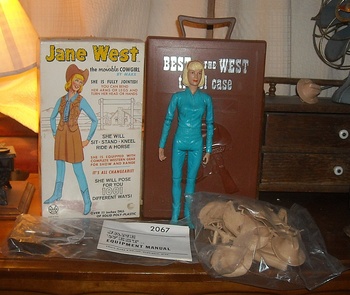 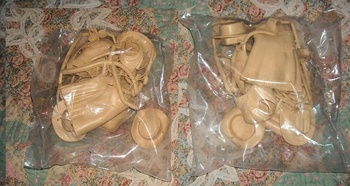 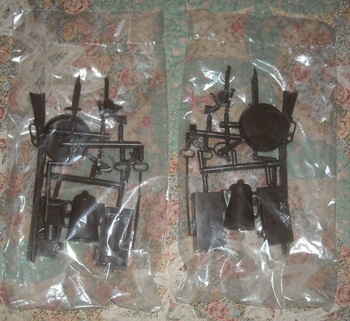 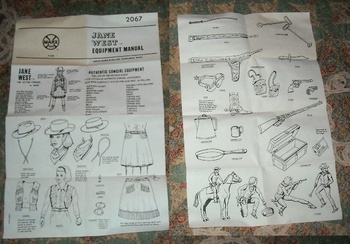 This is the second version of Jane West. The first one had a face that was deemed unattractive so a new head was sculpted. This version in this box was sold until around 1970.
The accessories for this are still sealed in the original bags. I took two photos of each bag and did some copy and paste to show the opposite sides of the bags. Also Jane has the manual again with a photo of each side joined together.
A unique feature of the Johnny West line was that it appealed to boys and girls.