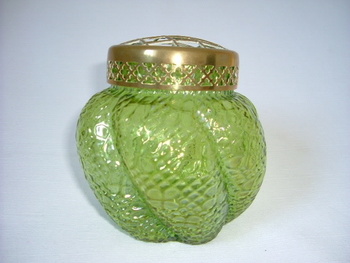 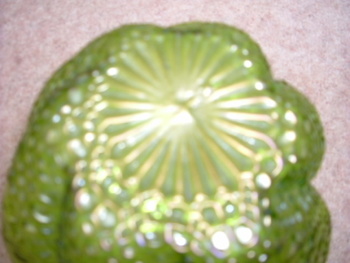 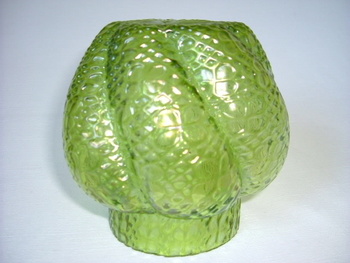 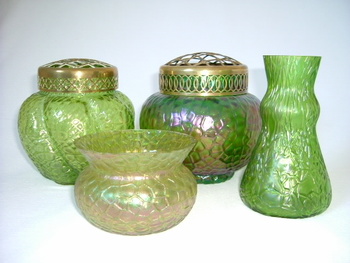 This rose bowl is translucent glass with light iridescence. The base has a design such as you often see on textured Kralik rose bowls The martelé has, interspersed amongst it, a regular shape that is like a four leafed clover. If
you enlarge photo 3 you'll see the 'four leafed clover' shape.

The final photo shows four versions of Art Nouveau martelé. The three on the left are Kralik. A wiser head than mine confirmed that the vase on the right is probably not Kralik. That too has larger spaces interspersed amongst the martelé but they're not a regular shape.