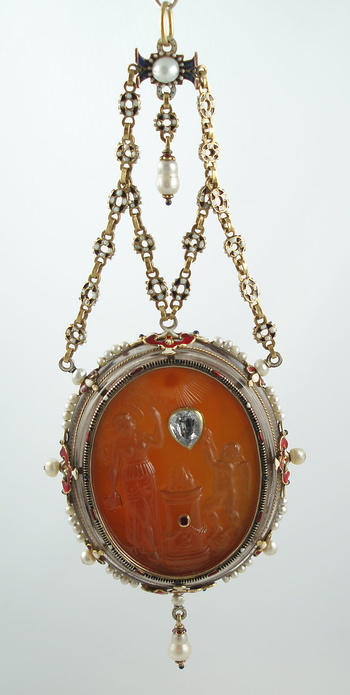 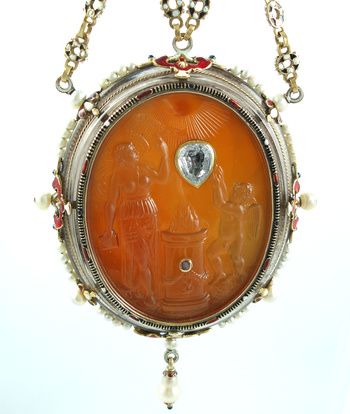 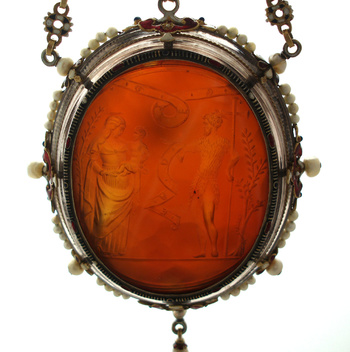 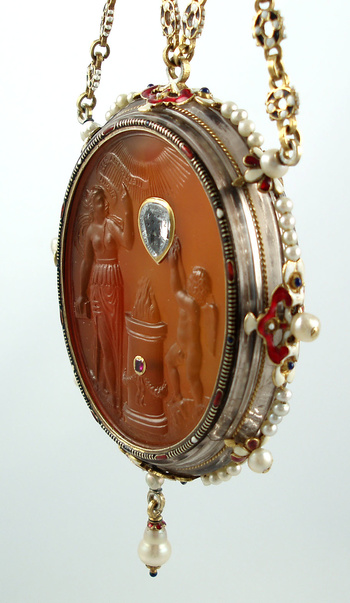 With the advent of the Renaissance Revival period, starting in the 1850s, the demand for authentic Renaissance materials, including jewelry, was heightened especially among the wealthy. Collections were amassed by the Rothschilds, the Wideners, the Walters, the Gutmans and others. Serving these collectors were specialists and dealers, and pre-eminent among them was Frédéric Spitzer (1815-90) who owned an antique business in Aachen from about 1850 till at least 1868, and who became familiar with Reinhold Vasters, a well-known goldsmith and restorer of silver and gold owned by the Aachen Cathedral Treasury.

Spitzer later moved to Paris. Preferring to be known as an amateur collector, Spitzer was clearly a brilliant dealer moving in the most elegant social circles in Paris. In particular, the Rothschilds were heavy buyers. Stephen Beissel writing in the year of Spitzer's death observed that Spitzer had 'as is well known, employed for almost fifty years a series of first rate artists in Paris, Cologne, Aachen etc., who made him old things'. So Spitzer had a stable of artists (including Vasters and the Parisian jeweler, Alfred André (1839-1919)) who made Renaissance-style jewelry which he then sold.

Of course, all of this is fine, except somewhere along the way, the jewelry was marked in inventories and other recorded documents as coming from the 1500s. Thus, many Renaissance-style jewels and works of art have been accepted as genuine throughout much of the 20th Century. Indeed the work of these artists was so sophisticated that it is only through the chance survival of the Spitzer catalogues, Vasters' drawings (found in the archives of the V&A in the 1970s) and André's models that it has become possible to identify with any degree of certainty their productions today. At the point of the discovery of Vaster's drawings, many of the world's museums had to re-assess their collections, finding large numbers of mis-identified pieces.

This is a double-sided pendant composed of two oval carnelian plaques (from Italy, carved in the 1700s). The obverse is carved in relief with a female figure, nude from the waist standing by an altar and looking up to a sunburst, a ribbon issuing from her mouth enclosing the inscription: MAGNI SPES ALTERA REGNI and, on the other side of the altar, a winged cherub holding a heart-shaped white sapphire engraved with bees and the inscription PLEBIS AMOR REGIS CUSTODIA ("the love of his people is the safeguard of the king."); the altar is set with a table-cut ruby.

The reverse side is a carved intaglio with the Virgin and Child and St. John the Baptist and a cartella inscribed E(cce A(gnus) D(ei).

Both plaques are set in a rock crystal frame surrounded by twisted wire and pearl-threaded borders interrupted by four enameled gold openwork clasps with pin-set pearls; with a pearl drop below and suspension ring above; the jewel attached by four chains with alternate links of enameled and undecorated gold hanging from a cross-shaped suspension member enameled red, white and blue with pendant pearl drop. 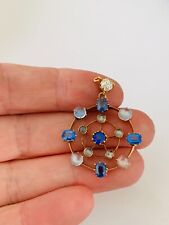 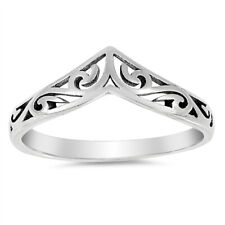 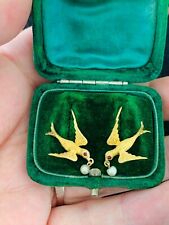