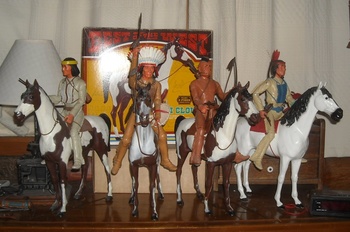 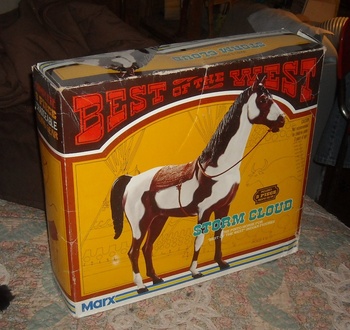 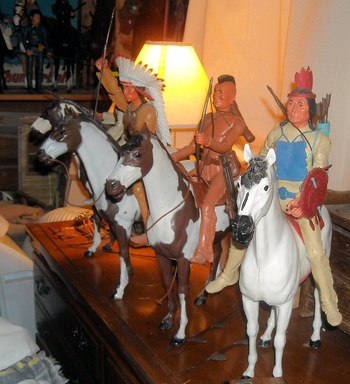 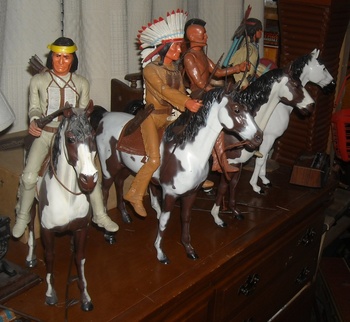 Chief Cherokee and his warriors are preparing to stampede Johnny West's horses. Probably due to that carpet bagger Sam Cobra. He is always causing trouble.
This horse was introduced some time between 1965 and 1967 and was called the Pinto horse. Around 1972 he was named Storm Cloud.
The white horse was from the mid 1990s made by Dapol. Normally reissue pieces tend not to have much value but is the most valuable of this batch.