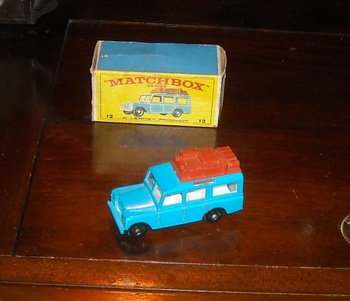 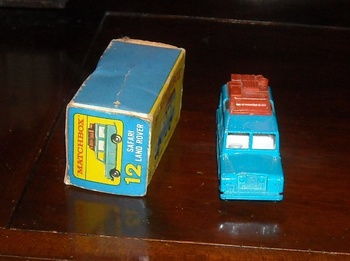 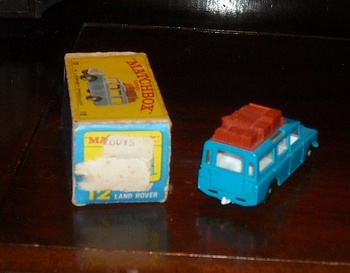 The Land Rover model was released in 1965 and sold in the E Style box from 1965-1967. In 1968 is was sold in the F style box.
For those not familiar with Matchbox cars they were made in England by Lesney. Matchbox is still around but now it is just a name.