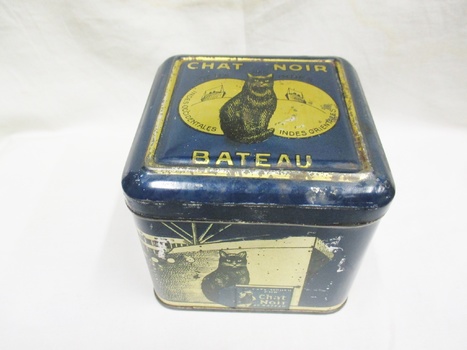 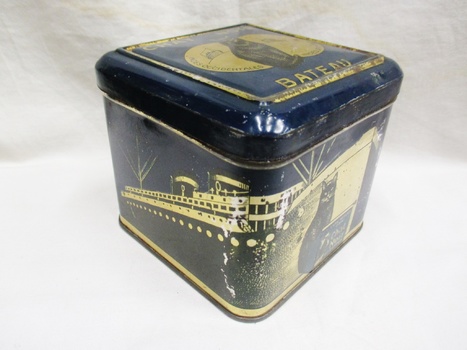 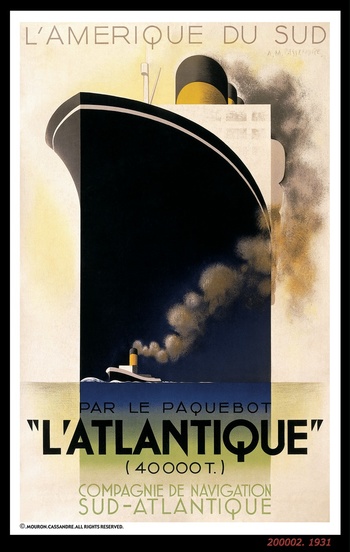 The blue "Le Chat Noir" tin was made to be used on boats. It was never for sale in the shops.That's why it it so rare.
The design is inspired by Cassandre. Cassandre was one of the great poster designers of the 20th century. His real name was Adolphe Mouron. Born in the Ukraine in 1901, his family were forced to migrate to Paris due to the hostile political climate. He originally studied painting at the Écoles des Beaux Arts in Paris but, at the age of 22, he started designing posters under the name Cassandre.