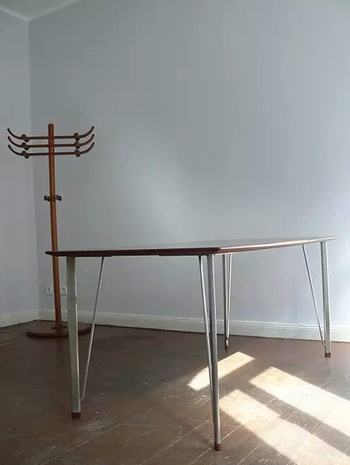 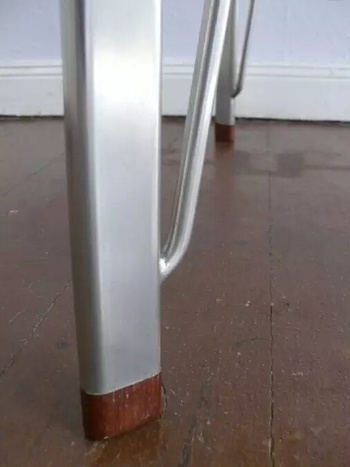 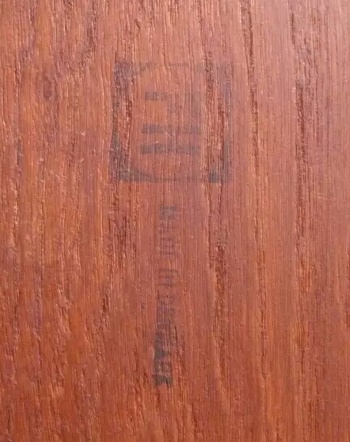 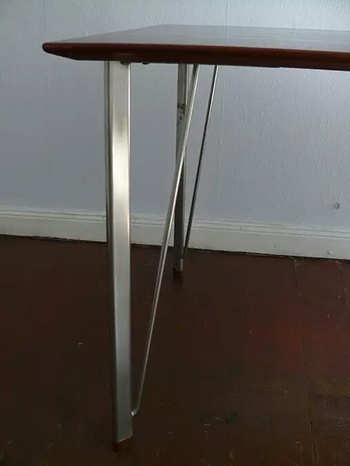 hotel royal" dining table designed by arne jacobsen and produced by fritz hansen.
it comes with rosewood palisander top on steel legs and stretchers and with the original wooden leg caps.
as far as I found out it was first designed as a offce desk with drawers in 1955.
to be used as a dining table it is supposed to be revised design by arne jacobsen between 1955-1959.
as a dining table the 1167 was used in jacobsen's designed „hotel royal" in copenhagen.
the 1167 it is also known as the „hotel royal table“ out of that reason
It is certainly fully signed underneath with the fritz hansen "FH“ stamp