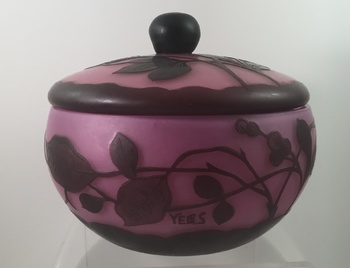 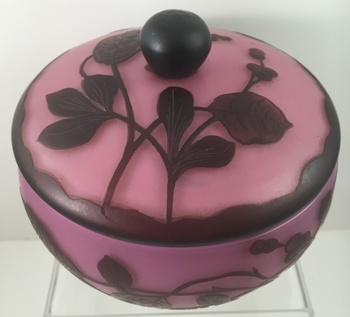 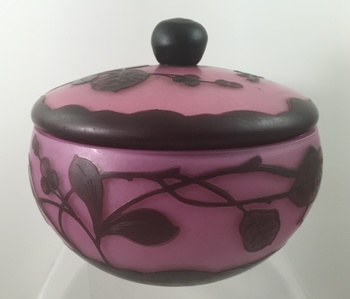 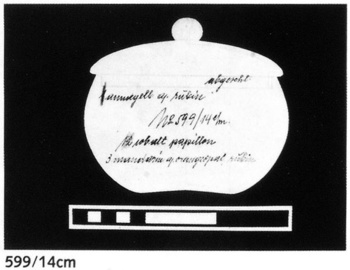 In the decade between 1920 and 1930, Loetz produced cameo glass products in the genre of Émile Gallé, sometimes signed with the Loetz name, sometimes signed in other names according to customer requests. Some of those names include Lucidus (written sources only), Veles, Velez, and Richard. It is possible that the VELES and VELEZ variants are fantasy names based on the French translation of Loetz Witwe (VEuve LoEtZ).

This dresser box is in documented shape production number (PN) III-599, a form that dates to 1915 and was done in a variety of colors (not all cameo). This color combo of camilienrot with "schwarzen Knopf" (black button) is documented on this PN in Lötz Böhmisches Glas 1880-1940, Band 2 - Katalog der Musterschnitte.

For other examples of Loetz cameo glass in the "Gallé style", see the cameo decor page on Loetz.com: