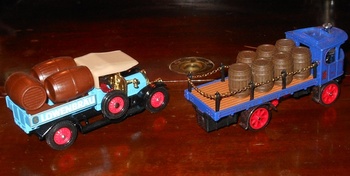 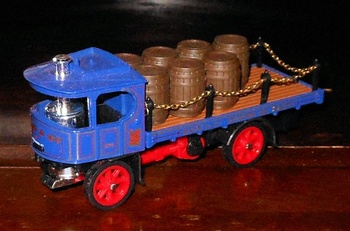 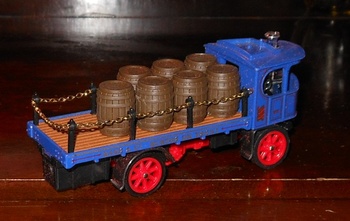 A pair of Matchbox Model of Yesteryear trucks or apparently lorries.
The dark blue one is the 1918 Atkinson Steam Lorry. It is Y-18 (replaced the Y-18 Cord) starting in 1987. This model was made in Macau. There are many variations on this but I think this one is the best. The chains on the flatbed are a nice touch.
The light blue truck with a load of Lowenbrau is the Crossley Beer Lorry, also of a vehicle originally made in 1918. This model was first released in 1973 as Y-26.