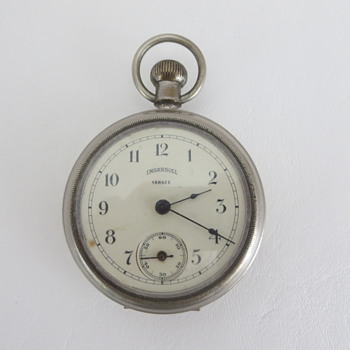 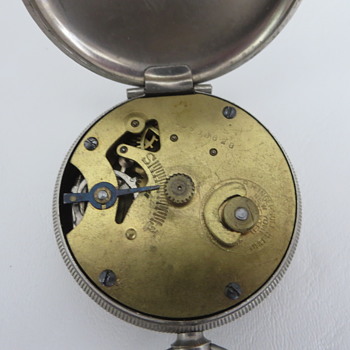 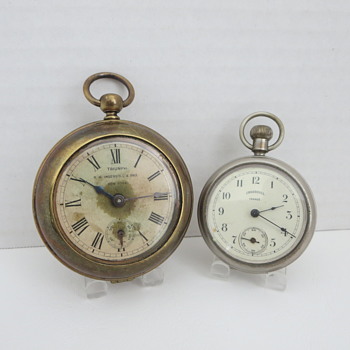 In my previous post of R.H. Ingersoll Early Dollar Watches
(http://www.collectorsweekly.com/stories/154738-r-h-ingersoll-and-bro-early-dollar-watc?in=user), I featured the early "clock/watch" back winds that the Ingersoll brothers first sold in their mail-order catalog business. These were large, bulky and loud ticking. Through many changes they finally got a back wind & set pocket watch that was smaller and thinner. It was advertised as the Ingersoll Yankee Dollar Watch and described as: "It has a patent lever escapement; 240 beats to minute; hardened and polished lantern pinions; patent keyless winding a setting arrangement; runs 30 hours with but four turns of the winder; hour, minute and second hand; 18 size; strong case with snap front and hinged back. Nickel or gilt."
Shown is an example of this watch description with the gilt, back wind & set Ingersoll Yankee.
The last photo is for a size comparison with the early 35 size, clock/watch Triumph named watch.
Thanks for looking,
Dave 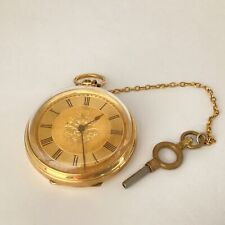 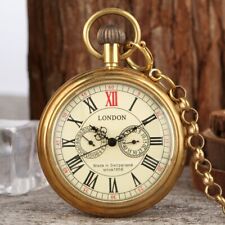 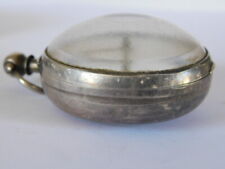 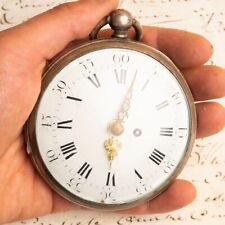