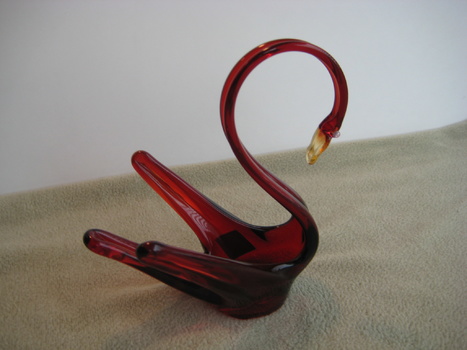 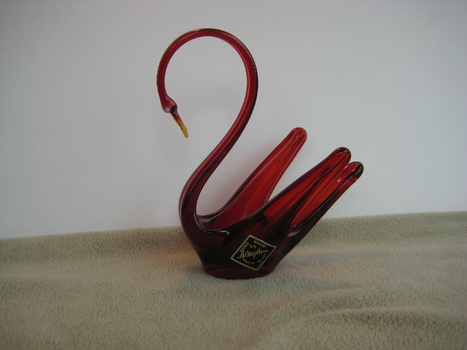 This bird is a ruby red with an amber beak and small round opalescent eyes. It has the Altaglass label. The measurements are 5 inches tall and 4.25 inches across.