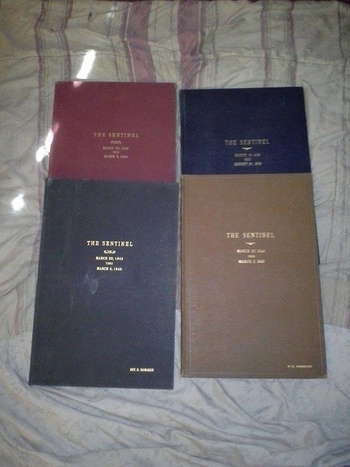 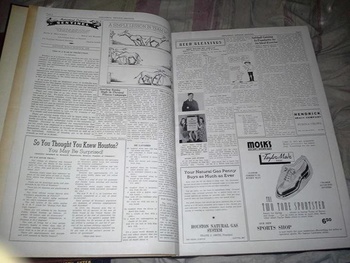 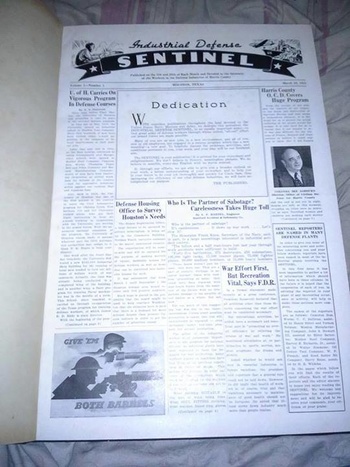 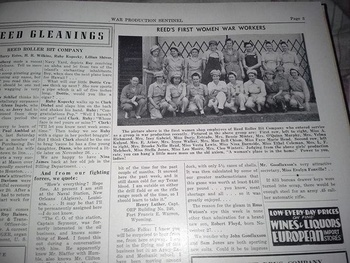 Cloth back series of books containing The Industrial Defense Sentinel's coverage of World War II. From the start (Paper was established in 1942) 1942 - 1945. The newspaper was located in the Houston (possibly Pasadena) Area.

Inside is a Treasure of Information! Some of the first female work force in Houston, War Fund Ad's, War-Comics and stuff I have yet to read! The last bit of information I found, The "IDS" was possibly changed to the North Channel Sentinel, which went out of business in 2010.

These did not appear to come from a Library, I did eventually find a Bookbinding sticker for a store that is still operating to this day in Houston.