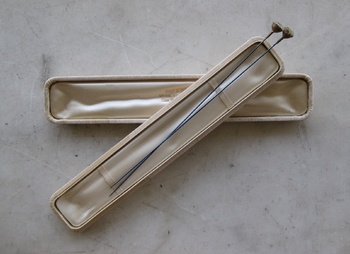 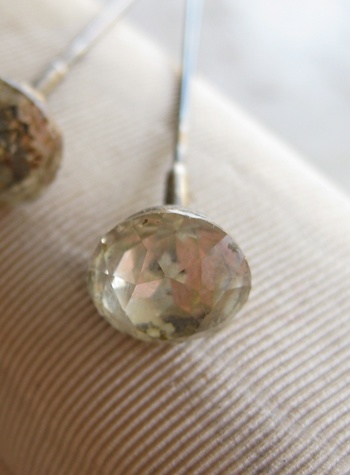 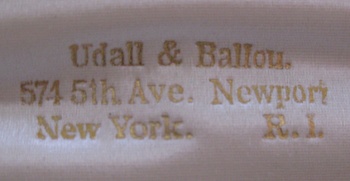 Wanted to share these w/Kyra. I hoped they were yellow diamonds!! Lol and wink. Or maybe just weapons? A beautiful pair of white to pale yellow citrine or topaz? faceted hatpins, 7.25" in original box -from Udall & Ballou.

Here is what I found online from the Hancocks-London website:

"Udall & Ballou -1888 founded in New York was one of the finest New York jewellers of the early 20th Century. In its advertisements, they mentioned locations in Palm Beach, Florida; on Bellevue Avenue in Newport, Rhode Island; and at rue Lafayette, Paris. The company also maintained a location on Fifth Avenue in New York.
1920s they had become one of the most prosperous firms of the period

1939 For the World’s Fair in New York, they contributed jewellery which was abstract in design and architectural in effect. They were one of the few manufacturing jewellers identified with the famous “flower style” of the 1930s. 1940s During World War II, the firm closed due to the difficult financial situation."

I am not sure if they were worn much because box is perfect. Some lovely Edwardian lady received these as a gift maybe?