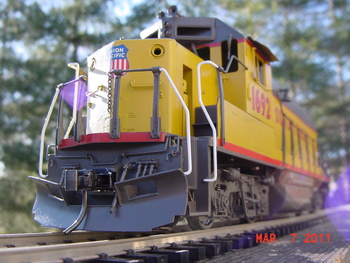 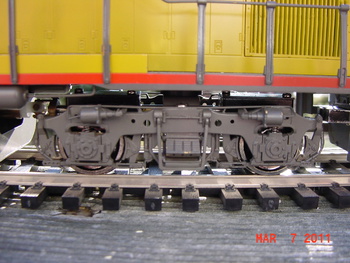 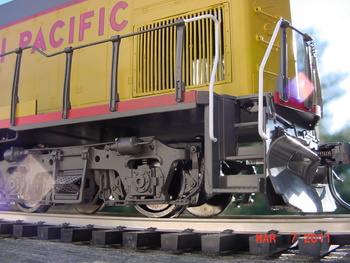 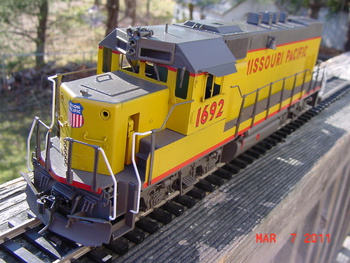 Hi Everyone, Welcome to my world outside the real world.Model trains have been my favorite hobby going on 14+ years and it only gets better.I started out with plastic HO scale.A set of Life-Like trains was the first,and then Athearn and then Kato. I found Kato to be the best in appearance and performance.This went on for a few years on a small figure eight layout in my basement.Nothing fancy,just simple. Then one day I was browsing in a small hobby store in Hollywood,Md.and saw a undec.U50D made by Trains Inc. and this changed my game.Its shiny brass was like a bar of gold! Awesome to look at,some what pricey, but the potential was there.Here I could see the craftsmanship (of which is now fading away).What patience it must take to create. Someone to make with such artistry,replicating all the different parts to scale is shear brilliance.And then to solder each piece into place! Great patience,and that... you must respect.Yes.....I am hooked on brass and forever will. I can even pass them on to the next generation and it will still be shiny and new.... and even more valuable than before! I am now switching to O scale brass ( my eye sight is not as good as it used to be). One of my favorite things about model trains is repairing them. I love the challenge it gives me and the satisfaction after I have repaired it. One of my most recent challenge was the Pecos River O scale GP 15-T (see pictures). Whenever I tried to run it on the track it would short circuit the power to the track. Placing it upside down on a good foam cradle,I ran a series of test but the motor and wheels turn fine. I placed it back on the track and as I did I notice something very strange....the engine being very heavy because of the large Pittman can motor and the added factory weights caused the engine's snow plows (front and rear)to touch both rails! So I thought maybe if I raised the plows this would solve the problem. So I tried that ,but it would not work, because the plow would not go high enough because there was no more room on the pilot to raise it that high. I put the plows back to their original position and proceeded to set on the engine on the track and that's when I saw the solution! The springs in the trucks did not have enough tension. This caused the engine's heavy weight to force the plows to touch the track. I found some on a site that were perfect and were O scale compliant. Once I changed them out ,the problem was solved! Check out photos and enjoy.