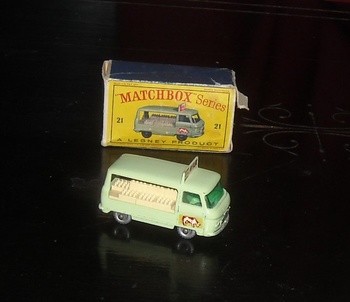 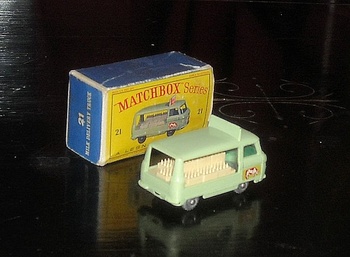 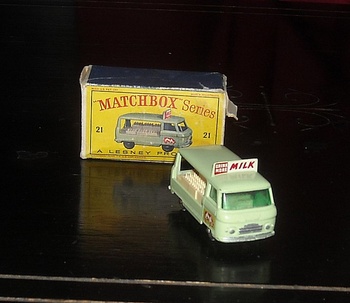 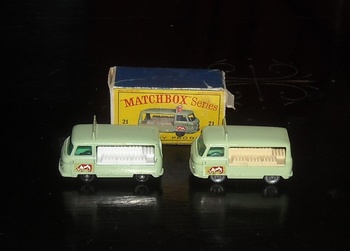 Still another Rose Bowl find. This is Comer Milk Delivery Van. On the box it says Milk Delivery Truck but most call it a van.
This model was first issued in 1961. The box for this one is the D style box with serif lettering on the ends which means it is from the first half of 1962. It has the knobby style gray wheels. In the last photo I have the latter black wheel version. The latter version has a white interior while the early version has an ivory interior.