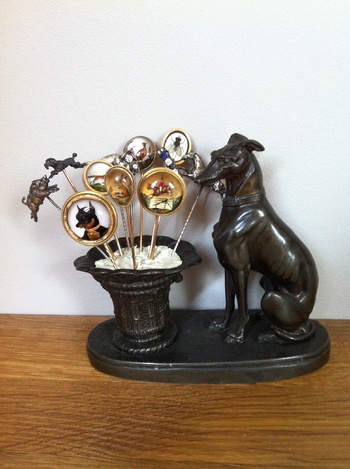 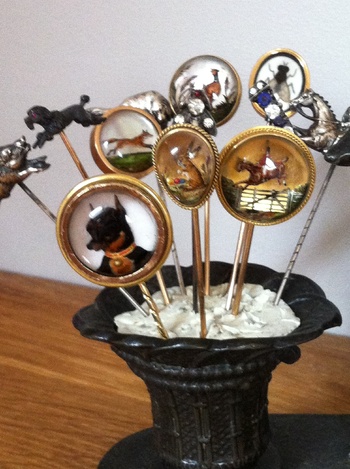 Displayed in a spelter whippet pyrogen (match holder and striker).

From Lang Antique, there:

"A reverse crystal intaglio is a rock crystal cabochon with an intaglio carved into the flat back. The intaglio is then painted realistically with oils so, that when viewed from the top, the image has a three-dimensional effect. Finally, the back was sealed with mother-of-pearl which preserved the painted areas. The technique originated in Belgium c. 1860 and was popularized in England c. 1860's by Thomas Cook. Reverse crystal intaglios were set as buttons and studs, mounted on tie pins, cuff links, lockets and charms. The motifs most commonly found for men were sporting themes - horses, dogs, foxes and birds and for women - monograms and flowers. They remained in fashion until poorly made glass and plastic imitations flooded the market c. 1920s."