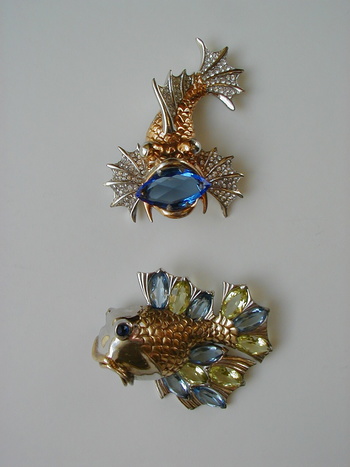 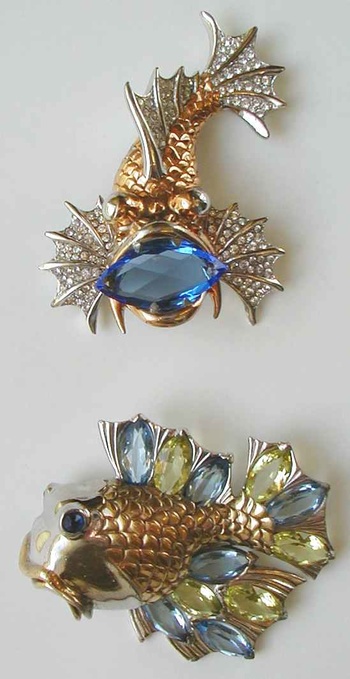 One of the first costume jewelry books I bought (many years ago) was "Amazing Gems" by Deanna Farnetti Cera. It is probably out of print, but it is well worth owning.

I was entranced by the cover photo of a fantasy fish with a large blue glass stone in its mouth. The brooch is attributed to Marcel Boucher "due to its style and its unconventional subject: and is circa dated to the 1940s due to its rosy gold-plating. There aren't any marks on either brooch.

A few years later, I was fortunate enough to acquire the fantasy fish in an auction. Then, a friend offered me the 2nd fish on the bottom which I believe also was made by Boucher.

Both were cast metal, molded to depict the fish. Each body has been gold-plated, as well as rhodium plated and then engraved in order to define the scales. The top fish has a large blue, navette-cut glass stone in its mouth and small, pave-set rhinestones in its tail and fins. The 2nd fish has similar, but smaller navette-shaped glass stones in pale blue and yellow.