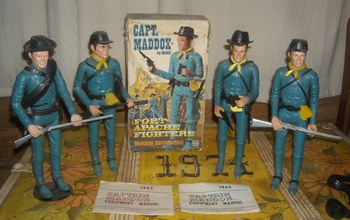 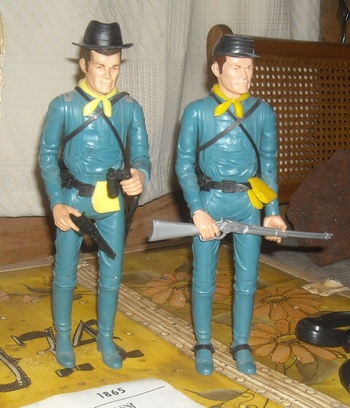 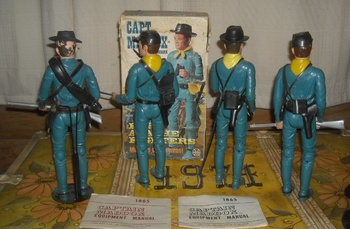 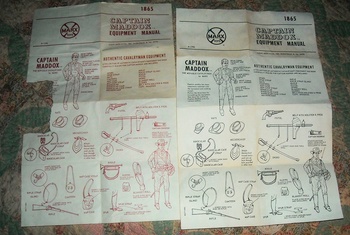 In 1967 several figures were added to the Johnny West figures. There were two sections, the Fort Apache Fighters and the Johnny West Series. The Fort Apache Fighters consisted of Cavalry and Indian figures while the other were Johnny West's family.
Captain Maddox was one of the most common figures. He came with many accessories which were all molded in black. The silver accessories are newer pieces made by the late Noah Coop. Between the various hats and accessories it takes several to model them on. The Johnny West Adventure aka JWA in 1975 came with hard plastic silver accessories also. They were supposed to anyway.
The most interesting thing about Captain Maddox is that the head sculpt of Robert Conrad. There was a plan by Marx to release a set of figures based on the Wild Wild West series. But the deal fell through, probably because Marx didn't want to pay much for the licensing. The body and accessories meant for James West were released as Sam Cobra in 1970.