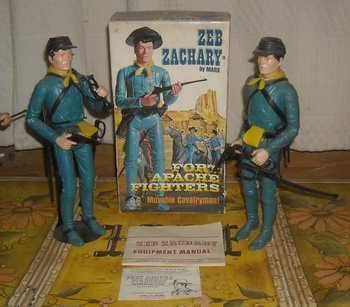 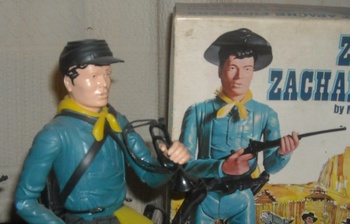 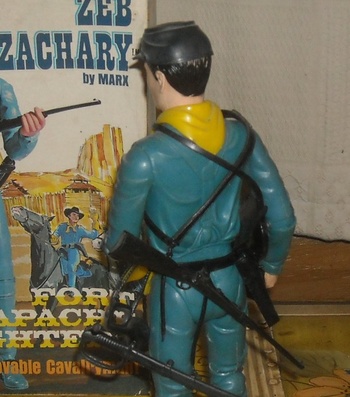 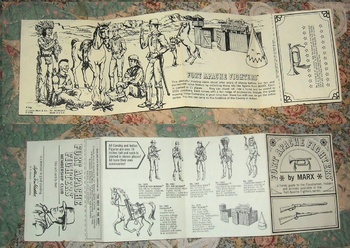 Zeb Zachary is one of the rarer figures of the line as he was only released in limited numbers 1967 and 1968 (perhaps 1969). He was also the only enlisted man, although he had the rank of sergeant. Well there was Jed Gibson but he was a scout. Not a scout like Steve Scout but an army scout.
Note he has pursed lips as he was the bugler. Some say he looks like a young Elvis Presley but I think perhaps Ricky Nelson.
In the third photo you can see the rifle sling, didn't show that one in the Maddox post.
The last photo is the Fort Apache Fighters Membership card and shows all the other Fort Apache Fighters figures, horses and fort. This is a very early one as Zeb, Bill Buck, and Fighting Eagle were soon discontinued and General Custer joined the line.
Thank you to GF Ridenour and Tom Heaton for providing additional information.
All of this is part of the Johnny West series.