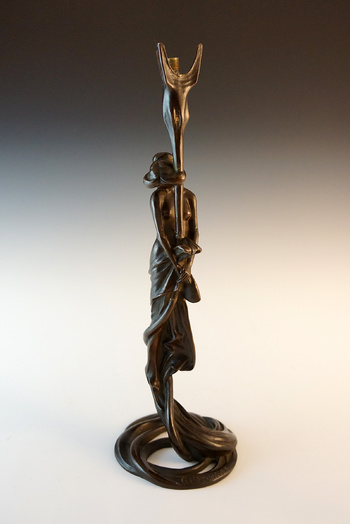 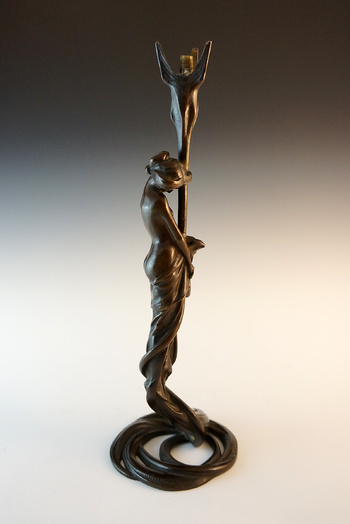 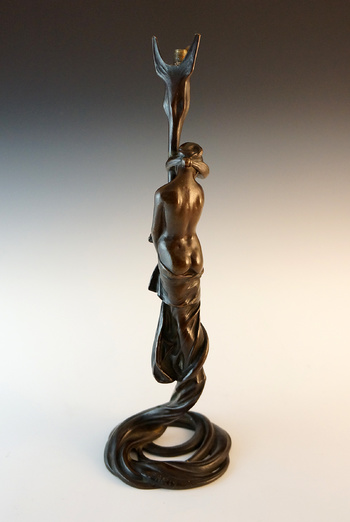 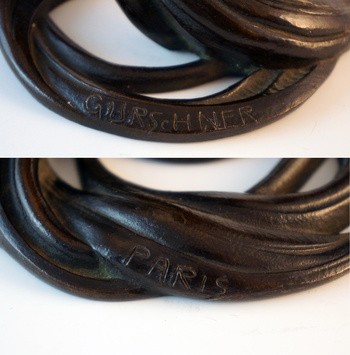 This bronze Gustav Gurschner lamp base is distinguished by the addition of "Paris" inscribed in the swirling base along with Gurschner's more stylized signature. The wrapped and whirling female figure is rendered in a manner quite similar to the famed "wind" candlestick pair that are considered his sculptural masterpiece. The piece is additionally marked "No. 54" underneath, and the lamp is pictured in Gurschner's catalog raisonné as being produced in Paris in 1900. Dimensions: 12.5” (H) x 4”(W).

Gustav Gurschner studied at the Vienna School of Arts and Crafts from 1888 to 1894 and in Munich in 1896, before moving to Paris in 1897 and apprenticing under the Art Nouveau artists Alexandre Charpentier, Jean-Auguste Dampt and Ville Vallgren. Gurschner showed his works in numerous exhibitions; he took part regularly in the Salon du Champ de Mars in Paris and after its foundation in 1897, in the exhibitions by the Vienna Secession.