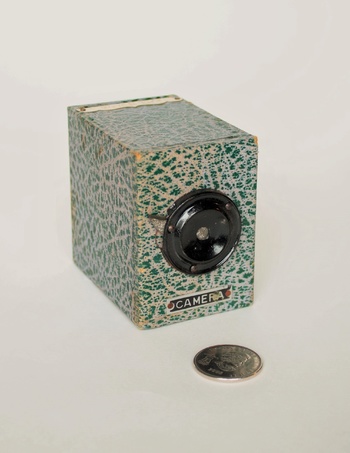 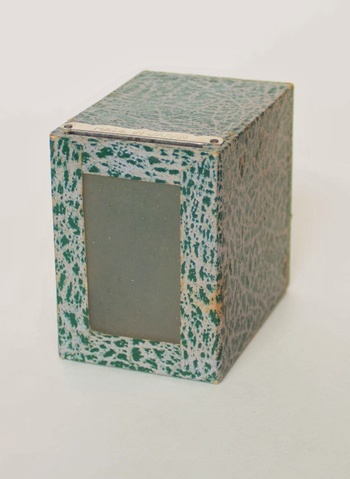 This is a Japanese "No Darkroom" box camera, also generically known as a "Yen camera." I've added a quarter in the photo to show just how small this camera is.

These Yen cameras were very popular in Japan in the 1930s and 40s. They came with a developing kit (this one did not) and they used single sheets of special film in stiff paper holders. The film sheets would be slid into the narrow opening on the top back part of the camera. After exposure, the film could be developed in daylight by dipping the entire holder in a red solution. The negative was then fixed by dipping the entire thing in a green solution. After it was dunked in water to remove the lingering chemicals. These were very cheap cameras and the results weren't as promising. Many different versions of these cameras were made. This one has a large viewing window that could be used for seeing your subject before taking the shot.