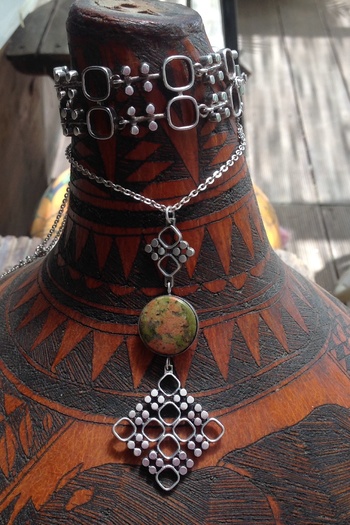 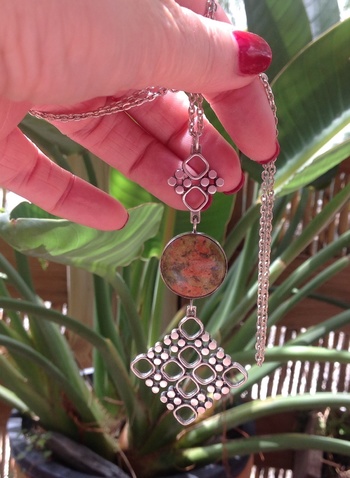 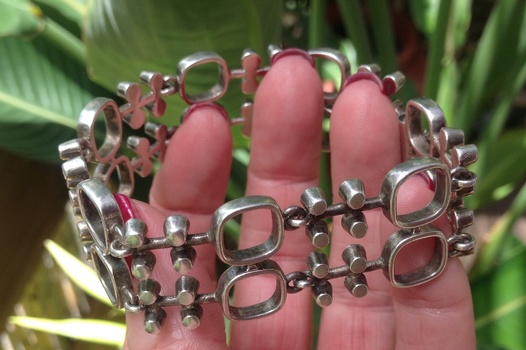 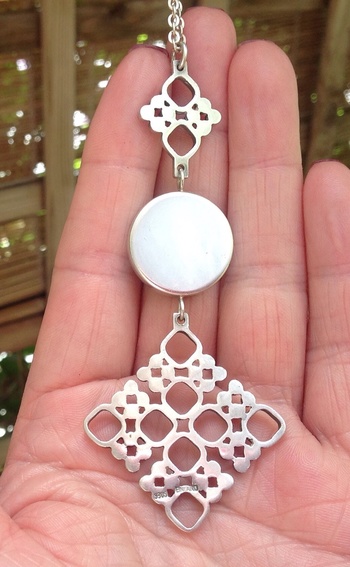 These two pieces are by Jorma Laine a Finnish Jewellery designer.

Jorma Laine (1930-2002) was a Finnish Jewellery designer, who's work in Bronze and Silver, ( less often in Gold) is easily recognisable. He developed a style of is own, very modernistic and often abstract, throughout the 60s and 70s.
He was born on the 10th of July 1930, as the only son of his working class parents. At a young age he was gifted, and spent most of his time drawing. After primary School he attended the renowned Art College Turun Piirustuskoulu ( Turku Art School).
During his illustrious career he had his own company Silver-Laine, but he is perhaps best known for the designs he did for Turun Hopea. He also designed Silver Jewellery for Kultateollisuus.
Later he retired to his cabin in the Forrest where he led a hermit like life until his death from a heart attack on the 27th December 2002, 72 years old.
Many thanks for looking.
The stone in the Pendant is a Unakite, which is an altered granite composed of Pink orthoclase feldspar, green epidote, and colourless Quartz. Good quality Unakite is a Semi precious stone and is often used in Jewellery.