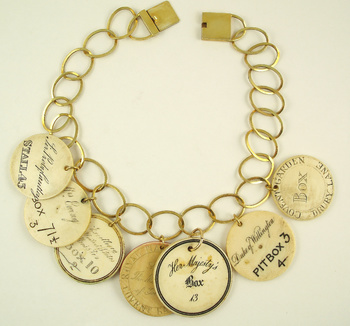 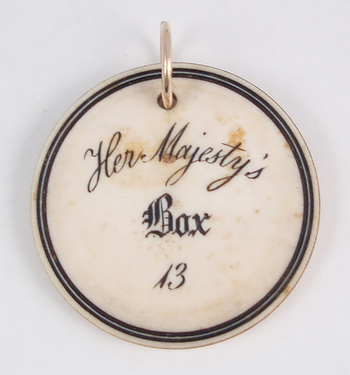 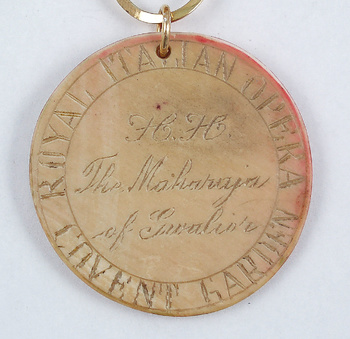 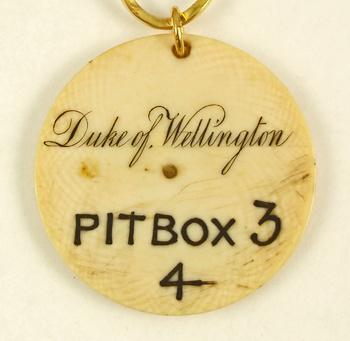 In 2011, Christie's auctioned off Elizabeth Taylor's clothing, jewelry, etc. She had LOTS of stuff and many fabulous jewels (my favorite was La Peregrina, a 203 grain pear-shaped pearl on a Cartier diamond necklace). A necklace of 13 ivory theater tokens, put together by Edith Head and gifted to Liz, was one of the few lots which had an auction estimate within range ($1500-$2000). I swear everyone I know had bids on that necklace! It sold finally for $214,500! Here is a photo of the Liz necklace"

Ivory tokens were used by the wealthy as tickets to access their boxes at the opera, theater and/or Covent Garden. The box-holder's name and seat number were often written on the token.

So, after the Liz auction disappointment, in consultation with a friend in London, I started to collect theater tokens so I could have my very own necklace. It took a couple of years, as these tokens are snatched up by collectors. My friend has an elderly client who has some great ones and he lets a couple go once in a while. Finally we had enough tokens, we found a jeweler to make a chain just like Liz's necklace, and voila! Here it is....

Double-sided tokens from left to right (front / back):