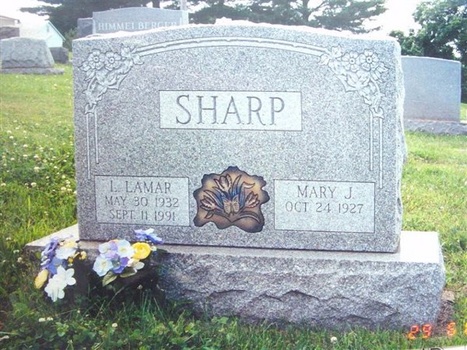 The subject of collecting carnival glass is a subject that I normally do not write about. However, back in the mid-1980s that is exactly what I started out collecting in the glass category. As a shaker collector, perhaps that is why I have a special interest in old carnival glass shakers. I sold off my carnival glass collection many years ago but my interest has been rekindled in the past couple of years. I guess once you collect carnival glass it never really leaves you. In my travels looking for shakers, should I see a nice piece of carnival glass, I do not hesitate to buy it. It finally got to the point where I realized that I had over 100 pieces!
I would like to mention the late Lamar Sharp and how he really was a mentor to me in collecting carnival glass, many years ago. The Sharps were wonderful people and I’m indebted to them for teaching me so much. I have such great memories visiting their house that was filled with so many beautiful examples of this great glass. Lamar loved his glass so much, you could just see it in him when he talked about it and one of his favorite pieces was the Butterfly & Tulip bowl. When Lamar passed away, his wife Mary, had an image of this bowl carved into his gravestone. One may think that is kind of strange but in some ways it identified something that was such a big part of his life.
For those who may not be familiar with carnival glass, it was first introduced approx. 1907 and lasted into the 1920s when tastes began to change. However, carnival glass has lasted in various forms well into the 1960s and even the 1970s. However, I’m concentrating on the early production for my collecting interests. Produced in the US as well as other countries, carnival glass must possess two key components, it must have a pattern and must be iridized.
In those early days, Lamar Sharp instilled in me that condition and color are key. It does not have to necessarily be a rare pattern or color, but the very best example you can find. As far as the glass itself, in addition to the pattern and the iridescence, carnival glass comes in many colors. Color is identified by the base glass color in most cases and not so much the iridescence. But do not count iridescence out for color identification! It does play a role in color identification. Examples of that would be descriptions like “Electric Blue” or “Emerald Green” to name just a couple. But in most cases, identification would come through the base glass color. There are a couple of colors produced on clear glass where iridescence is what identifies the color. That would be Marigold and White, both very different colors but both beautiful in their own ways.
Some colors of carnival glass can be very specific and others possess so many different shades it can get very confusing and sometimes ends up is disagreements among collectors. This is because different shades of a particular color can mean big differences in desirability and value! One of the more identifiable colors that falls into this category is blue. Some of the different shades of blues are Cobalt, Ice Blue, Sapphire, Celeste, Teal, and Renninger Blue. Each one is a different shade and interesting. Some colors like Celeste blue is a bit darker than Ice Blue and will usually will have a stretchy look to its iridescence and is part of its identification. Renninger Blue was originally discovered in an antique mall in Adamstown, Pa called Renningers Antique Mall, hence the name. Renninger Blue usually has a stippled surface which in a rough surface within the majority of the pattern. This may have been added as moulds used in the production began to wear out and it revived the mould giving the finished product a new look holding the iridescent spray very well.
There are a few shades of Green too. A standard green, a darker forest green, and Ice Green. The term Emerald green is a color that refers to the iridescence rather than the base glass color. Emerald Green will be very vibrant and will also possess a blue iridescence.
Well any, these are just a couple of examples of color variation.

Colors produced were more common with some makers than others. For example, Millersburg made much smaller amounts of blue carnival glass than others and is rare and usually rather expensive. Red was primarily produced by Fenton (Imperial made very limited production) and is somewhat rare and usually commands higher prices. Aqua Opalescent was made primarily by Northwood and is rare when produced by Fenton. Usually when the color is produced with an opalescent edge that commands higher pricing. Some pastel colors may have a "Stretchy" look to it and that will command higher prices.

Some much rarer colors that were produced would be iridized custard with a marigold overlay. Persian Blue which is a semi-opaque milky blue that is iridized. That color was primarily produced by Fenton as well as Moonstone.
There is much more to the subject of colors and certainly a much wider spectrum of colors but we will leave it here for the purpose of illustration for the article.

Patterns and shapes can be a big influence on rarity and worth. Animal patterns are always popular and in recent years vases have come into their own. Millersburg has been known to produce some of their bowls in a square shape, which is always popular. In the vase category, larger vases in base diameter (typically over 5 inches), called Funeral vases are most popular and command higher prices, especially if they are short in height! These are often referred to as “Elephant Foot” vases and they bring top dollar.
Pieces referred to as “Whimsies” often are king when it comes to value. Probably the miniature spittoons fashioned often from tumblers are most unusual!

There are a number of manufacturers that produced Carnival Glass. The major US manufacturers are
Fenton, Williamstown, WV
Northwood, Wheeling, WV
Millersburg, Millersburg, Oh.
Dugan, Indiana, Pa.
Imperial, Bellaire, Oh.
There are many others, but for the purpose of this article, I have named the most major US makers. All manufacturers are unique in their own right. Most are known for colors and finishes that they produced. Fenton is known for their Red carnival, Northwood for their Aqua Opal, Millersburg for their radium finish, Dugan for Peach Opal, and Imperial for their Purple in my opinion.
As just mentioned, some manufacturers added another dimension to their product and that is an opalescent finish. This is a milky white effect to a portion of the glass that was produced by adding Bone Ash to the glass. In most cases, these pieces are very desirable and in demand.
When I was first exposed to all of these colors, it was through Lamar Sharp. He would take the time to pull pieces off his shelves and out of his cabinets to talk to me about them and explain the different colors and finishes. As mentioned before, he explained that color and condition is king. Whatever you could afford, always get the very best example you can find. Buy what you love because you love it and not for the thought of investment. So many high dollar pieces purchased today at auction are purchased as an investment, I’m not condemning that but thinking that way somehow takes the fun and innocence out of the joy of pure collecting. I’m not a big well known collector who travels in any club circles nor an investor. I’m just someone who loves the glass for what it is, out there looking for the next great piece to be found and reflect on those early days when I first discovered it and a person who took the time to show me this American treasure in glass history.
The other interesting thing about collecting carnival glass is that there are so many clubs out there and one can usually find one somewhat close to where they live. Each offer annual conventions and newsletters with lots of good information. Also many carnival glass clubs have an online presence with a website that will offer lots of great info and pictures. This is not typical of most collecting categories as there is typically one club that unites them.
There is so much more that can be said but there is not enough time within this article. Perhaps I will write additional articles on the fascinating subject in future issues of this publication since there is so much to offer on this subject.

Note: This article appeared in the West Virginia Museum of American Glass publication, All About Glass. This was written from the perspective of my early days of collecting carnival glass and my fond memories of an individual who taught me so much. In addition, it was also written to possibly influence others into collecting this great glass.