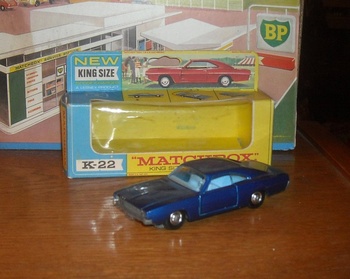 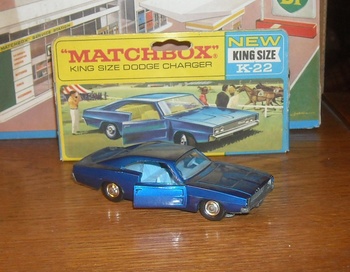 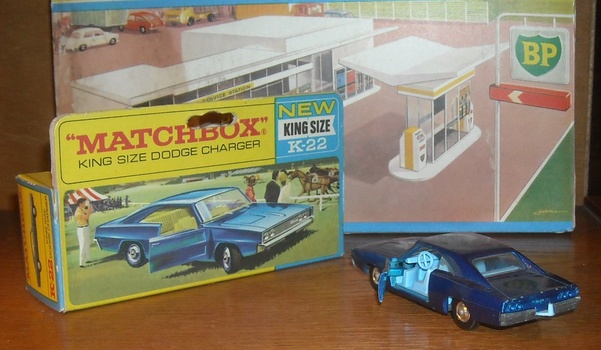 In 1969 Matchbox decided to make some models to compete against Corgi. This was very short lived as the competition turned out to be Hot Wheels. This model was released in this form in 1969 and 1970. After that the colors got a bit more and in a customized version with engine parts sticking out above the hood.
This was one of four model cars released in 1969. Now this would be a Model of Yesteryear.