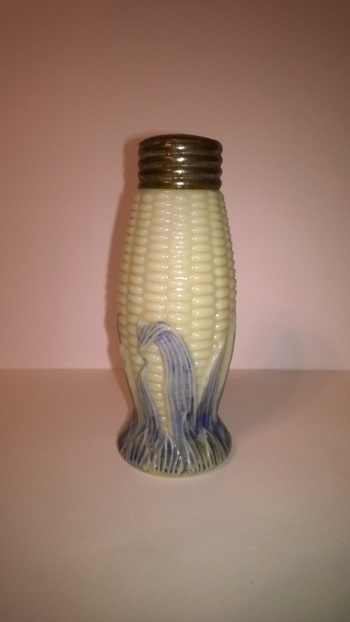 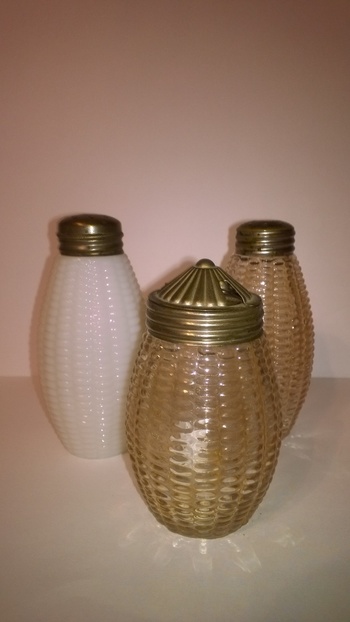 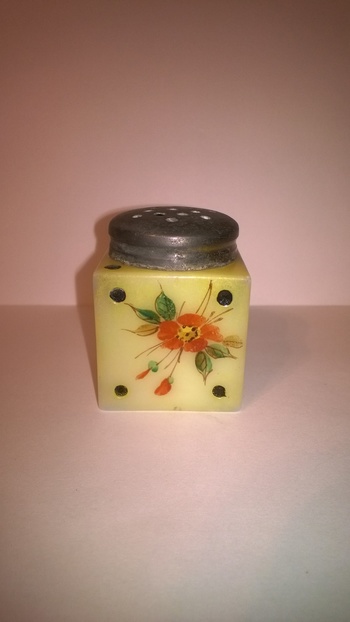 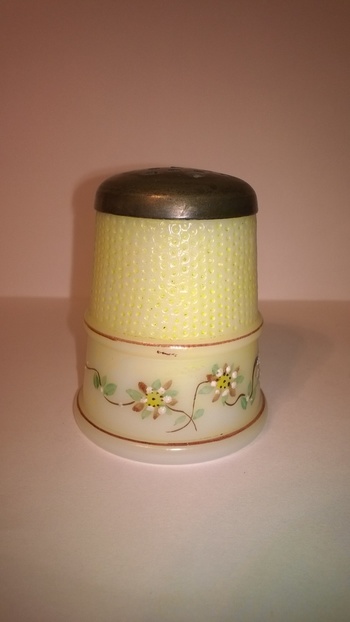 Libbey did not make a lot of shakers and of the few that they did produce; some are rather hard to come by. I guess you can say that they were figural in design and some rather unusual. As you can see, patterns like corn or what is called Libbey Maize have come in a couple of different versions. One is a standalone shaker that will show up in Yellow, Blue, or Green husks. They are tall and narrow and make for a nice display.

The other in the Maize pattern is in the form of a condiment set that consists of a Salt & Pepper shaker and Mustard jar. They were housed in a glass holder that is almost impossible to find due to breakage I suppose. The design consisted of the points of the husks as the bottom edge that made contact with the table surface. They would break and I guess would result in them being thrown away. The interesting thing about these sets is that they came in three versions. One was a decorated milk glass, an iridized glass, and the third being just a clear glass.

Some of the other patterns that they produced were a Decorated Dice pattern and a Thimble. Both of these are pretty hard to find. I know they are produced in a decorated milk glass and I’ve seen some of the Thimbles produced in clear colored glass.

I believe that Libbey was one of the early producers of iridized pressed glass (found in the Maize pattern of many shapes) before the arrival of what is known as Carnival Glass.
These were produced in the 1880s to the 1890s.

For the most part any of these pieces are challenging to find and make a nice little display!