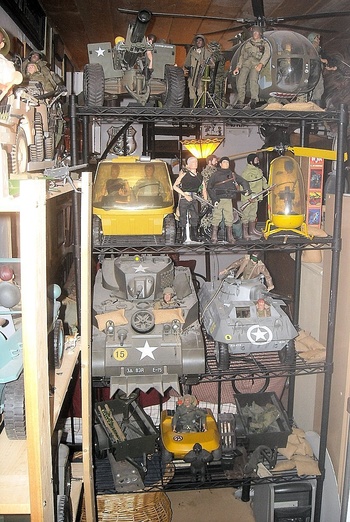 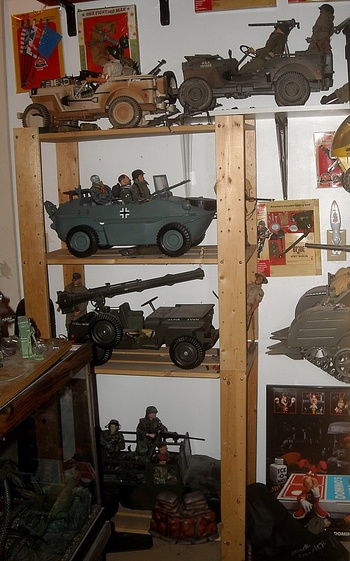 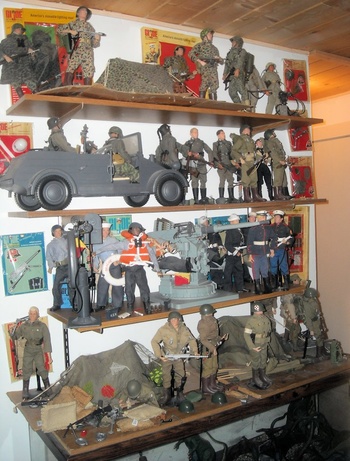 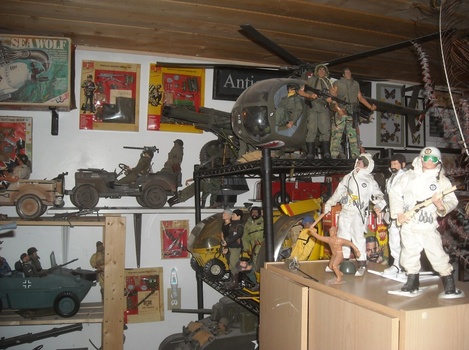 This is where most of my GI Joes live along with many Ultimate Soldier figures and vehicles. Once again this in in the downstairs room. Ultimate Soldier was sold in the 90s by 21st Century Toys. Sadly they went out of business in the early 200s. During the same time Hasbro made many 1/6th scale vehicles too. They lost interest after 2004. There are still some companies making 1/6th scale military but they tend to be very expensive.