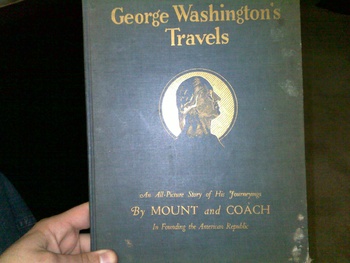 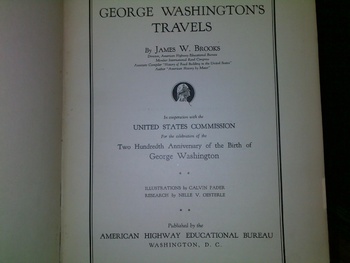 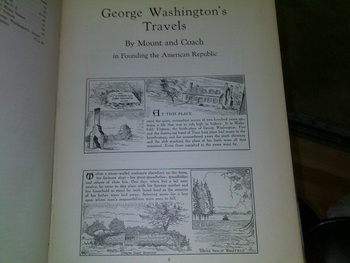 I found this great great book at a flea market about a month ago. It is entitled George Washington's Travels: An All-Picture Story of His Journeyings By Mount and Coach In Founding the American Republic. I am trying to find out more information about it's worth if possible. All I have been able to find was it's listing in the Library of Congress.

The inside states that it was written by James W. Brooks who was the director at the American Highway Educational Bureau. It was released "In cooperation with the United States Commission for the celebration of the Two Hundredth Anniversary of the Birth of George Washington." This was in 1932.

It has many amazing illustrations in it as well as a supplement from George Washington's actual Presidential Diaries where he talks about his first trip through New England in 1789.

Any further information will be greatly appreciated.

The History of England Folio Societ...
$53