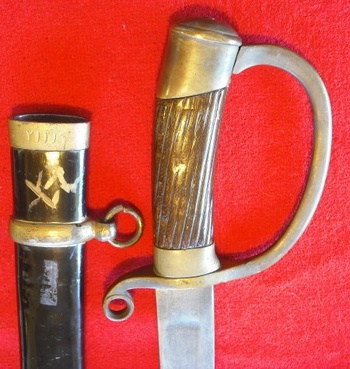 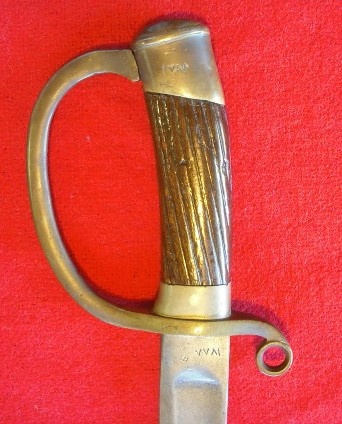 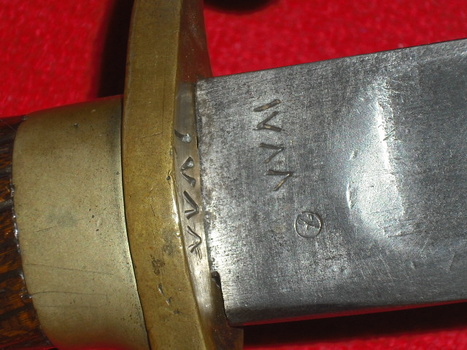 This sword is nearly identical to the Imperial Russian Model 1881 Dragoon Troopers Saber except for the markings, which are Arabic/Persian. Another difference is the all iron scabbard, The Russian version being brass mounted leather. This version is sometimes referred to as the Persian Model 1909. I purchased it as a “space filler” until I find a Russian ’81 dragoon, but the Iranian/Persian history is also interesting:

In the 19th century Britain and Russia competed with each other in what was called “The Great Game” – political control of Central Asia. Eventually the Russians would train several units of Persian cavalry, led by Russian officers, but officially “in service” to the Persian throne. These cavalry formations became the most formidable units in the country, and would become known as the “Persian Cossack Brigade” although they were not ethnically Cossacks. After the Russian 1917 Revolution, command of the brigade went to Persian General Reza Khan, who would eventually use them to stage a coup and start a dynasty that ended when his son, Shah Mohammad Reza Pahlavi, was toppled by the Islamic Republic of Iran in 1979.

My sword has a slightly spiral cut wooden grip and brass hardware. The wide fullered 31 ½ inch blade terminates in a rather blunted spear point. The ricasso has a circular armory marking that I haven’t identified and the numeral 1788 in Arabic, which is repeated on the hilt (I learned these numbers when I was in Iraq, Iran uses the same ones). The scabbard has a different number, 21119, on the mouth of the scabbard and at the drag.

The scabbard has been painted an awful gaudy black with gold pattern, which I doubt is historically significant, and I suspect was to get more attention at the bazaar. I want to find out if original scabbards were left bright, painted black, brown, olive or whatever before I remove it.