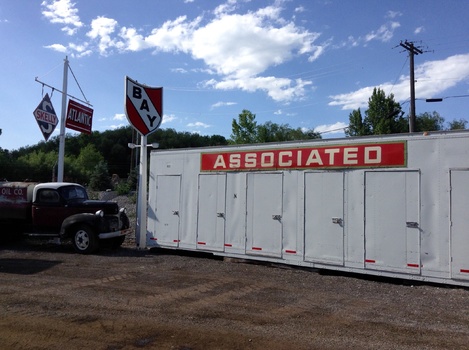 We bought this very nice Associated sign from the widow of a Sign Collector down the road a piece but never could find the right
place to display it in the Museum at aaaLakeside Storage. We finally decided to hang it over the doors of this storage facility and think it looks
pretty good there. Many people think that Associated is a Food sign, but it is really the original name for the Oil Compny in California that J.P. Getty bought and then changed to become Flying A in the Western USA. Since Flying A nor Associated ever actually sold Gas/Oil in Utah, these signs are pretty scarce here and we feel very grateful to have been able to obtain this one. The real fun is in the hunt and once you've found the treasure the work begins! When I first met this family a couple of years ago I just had a First name of the husband and a location address of "somewhere on the South part of town". That was enough to bait me so off we went looking for a guy named Bart in a small Utah town. We figured that there couldn't be a lot of Sign/gas pump collectors in town and just started asking around but got no help. After a while of zero success and total discouragement I went to the old Star Wars concept of just following my nose and "feeling the force" and driving the streets in the general area where it felt right. Finally I saw a home with no signs, no Pumps and no indication of a collector but felt like they might know where Bart lived. I was with my wife that day and she was not new to this Rodeo. I went to the door and knocked until a very nice lady appeared and simply described that I was looking for a man named Bart that used to work for the Post Office and was a Porcelain sign collector. She smiled and said "This is Bart's house and I'm his wife"!!!! Unfortunately Bart was suffering from terminal cancer at the time and it was hard to catch him on a "good day", but we eventually became friends and I called and passed by from time to time until the end. We continue to call and visit his wife and one day she asked us if we might want to buy this Associated sign to which we obviously replied that we would be honored to buy and display it at our Museum. So there is the "Rest of the Story" as the late Paul Harvey would have said. 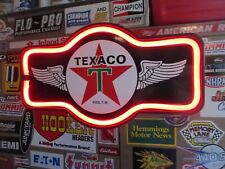 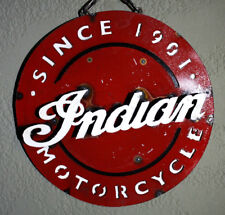 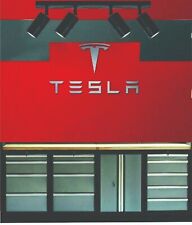