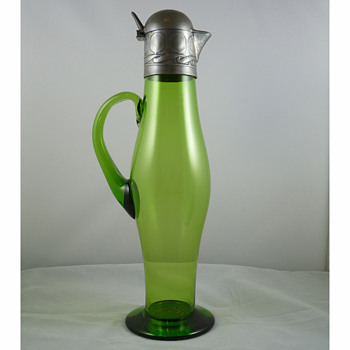 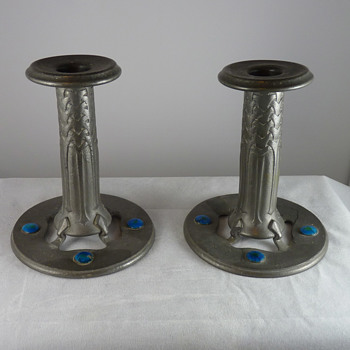 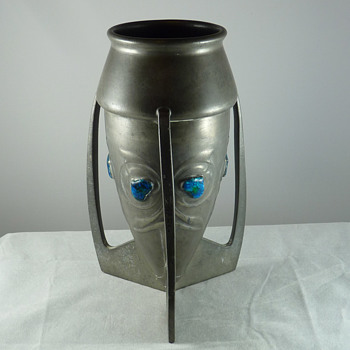 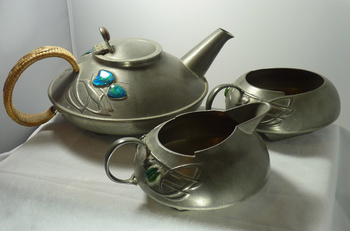 Archibald Knox (1864 - 1933) grew up on the Isle of Man, where he became familiar with Celtic interlace (entrelac) patterns from the ancient Celtic monuments that still survived.

He was a gifted draughtsman and artist, and sometime in the 1890's he went to London to work as a designer for the architect M. H. Baillie Scott. It's believed Knox then did a stint in Christopher Dresser's studio before moving to Rex Silver's Silver Studio, which was supplying designs to Liberty & Co.

Knox designed nearly all Liberty & Co's metalware from 1900 to 1912, and the huge success of these designs contributed heavily to the British style of Art Nouveau, which was generally more restrained than the floral forms and maidens seen on much of the Continental Art Nouveau metalwares such WMF silverware.

Archibald Knox had a genius for design, and transcended the Celtic idiom to become one of the great pioneers of Modernism. Many of his designs, like the 3 finned "Bomb Vase" shown above, were radical, and at the same time highly practical and attractive.