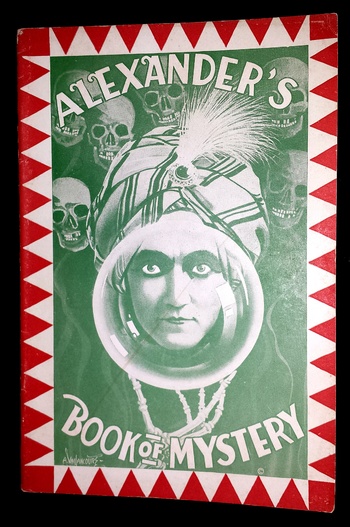 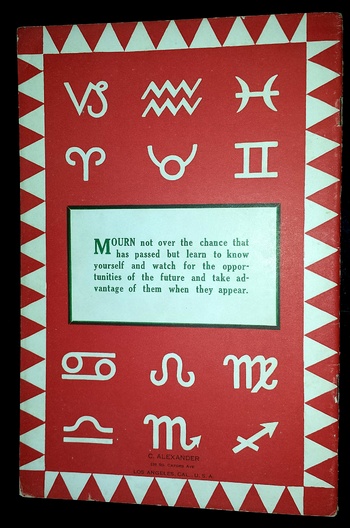 This is an extremely rare original pitch book from Claude Alexander (better known as Alexander, The Man Who Knows) from my private collection of Magic ephemera. copyright 1919

Pitch books were common among Magicians, Mentalists, and Psychic performers back in the day. They were created as a way of increasing income from audience members who wanted to take away something to remember the show. This is one of the more rare pitch books from Alexander and it is in EXCELLENT condition! This particular pitch book explores the interpretation of dreams astrological readings physiognomy. Alexander's home address was printed on the back cover: