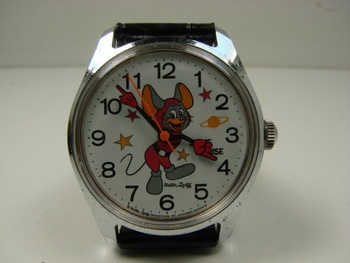 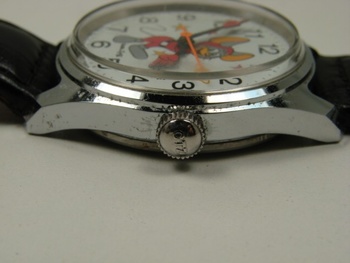 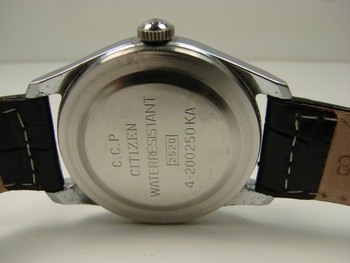 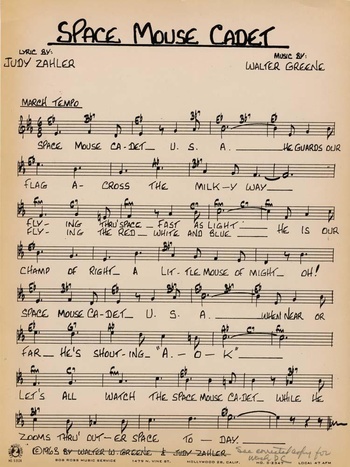 Walter Lantz main characters were Woody Woodpecker, Chilly Willy, and Andy Panda, just to name a few. Walter Lantz produced a Space Mouse pilot entitled "The Secret Weapon". It was released in theaters in 1960, and was later shown on television in 1963 as part of The Woody Woodpecker Show. Unfortunately, the character failed to graduate to a regular animated series. However, Space Mouse did continue to appear in a handful of Dell Comics from 1960 through 1962. Then, following a dispute about money, Dell and Western finally parted ways. Afterward, Western essentially kept the same comic book lines going, now financing the various series themselves, labeling their comics with Gold Key Comics logos. Gold Key continued publishing the adventures of Space Mouse at least into 1965.
This watch was produced by Citizen Watch and supports a 7 jewel mechanical movement, circa mid 1960's. Dial is signed and copyrighted by Walter Lantz.
Thanks for looking at this almost obscure
and unknow character.
Kerry