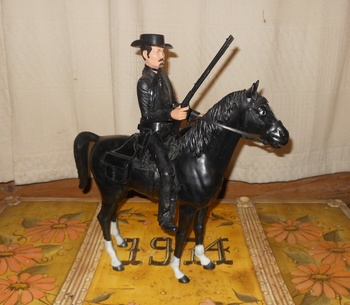 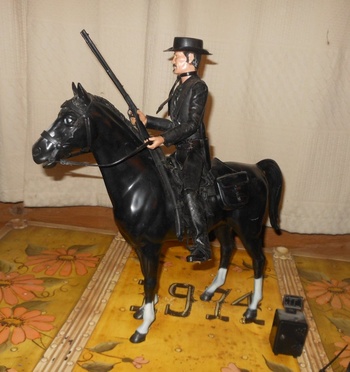 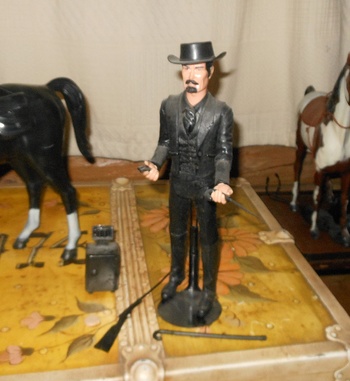 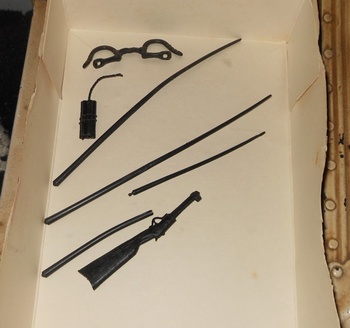 A sneak preview of Sam Cobra, I will do a post later with Sam and all his accessories.
Sam was released in 1972 and was often released with the black Thunderbolt horse. I believe it was a JC Penny catalog where in the description the horse was called Satan. But this was never the name given the horse by Marx.
Sam was the official bad guy of the line, he was called the western renegade. He had a bunch of really neat accessories because he was originally supposed to be James West from the Wild Wild West TV show. As Marx was very cheap about licensed material the deal fell through. The Robert Conrad head became Captain Maddox. I think the Sam Head was supposed to be Artemus Gordon but that is just a guess.
In the last photo is the pool cue rifle. It was three pieces that could either be a pool cue or a rifle.