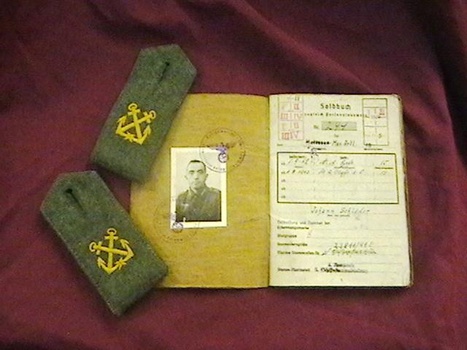 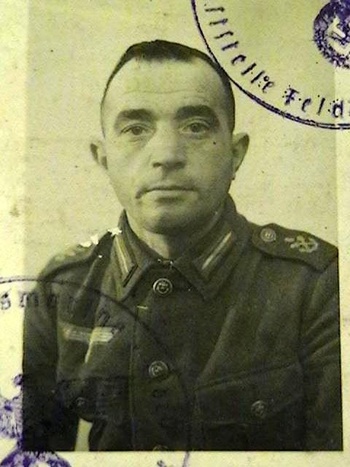 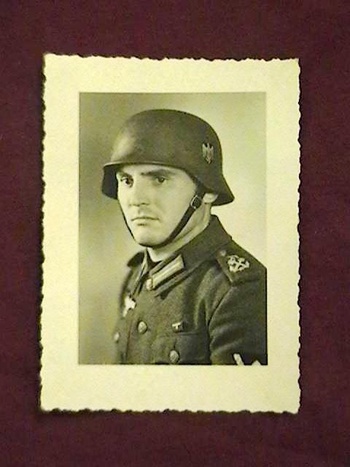 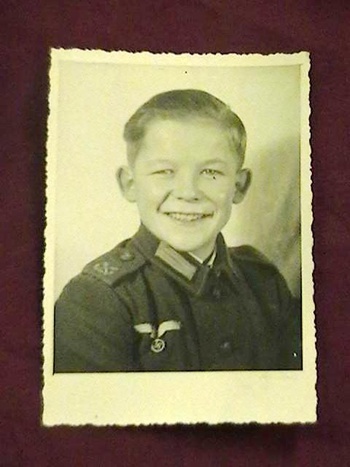 This is an original Kriegsmarine paybook issued to Marine Artilleryman Johann Schloder. He served with the coastal artillery as stated in his paybook. The shoulder boards shown with the book are the same type he is wearing for his ID photo. The second photo is a closeup of his paybook photo. This book would be inspected and then stamped for proof of inspection every three months. The last inspection stamp is in June of 1944, when the Allies landed on D Day. He was either captured or killed.
The third photo is of a helmeted, younger coastal artillery soldier. He too wears the boards with crossed anchors.
The last photo shows a young, smiling teen aged boy wearing a coastal artillery uniform. This shows how desperate the situation was near the end of the war, because Germany was now sending children to defend their country.