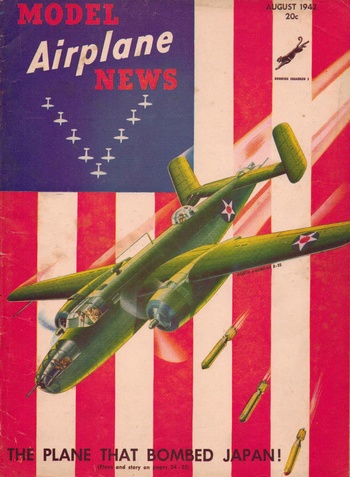 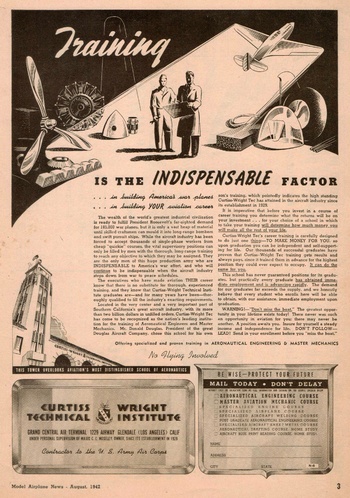 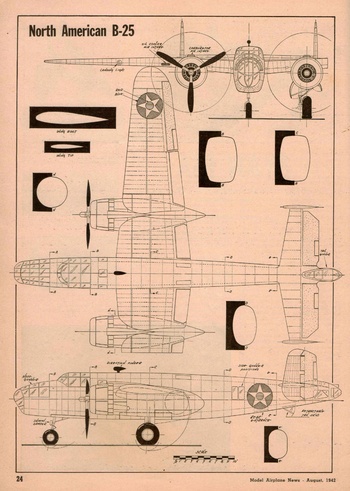 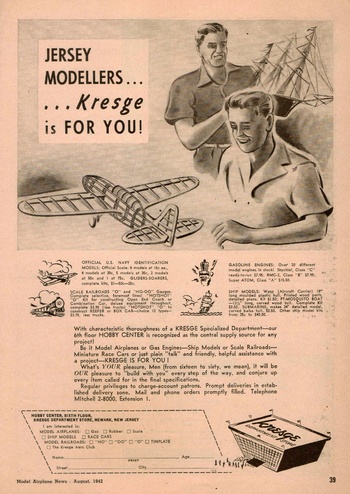 - "Model Airplane News" magazine / August, 1942 issue / Vol. 27, No. 2
- Published by Jay Publishing Corp., Mount Morris, Illinois - Hobbies
- Featured on the cover is the North American B-25 Mitchell, an American twin-engined, medium bomber - The Plane that Bombed Japan!
- Used by many Allied air forces, the B-25 served in every theater of World War II and after the war ended many remained in service, operating across four decades. They were introduced into service in 1941 and the last one retired in 1979 (Indonesian Air Force). The second photo shows a training recruitment advertisement for Curtiss-Wright Technical Institute. - The third photo is a model plan page for the B-52. Last photo shown is an advertisement for the Kresge Department Stores Hobby Center.
-- paperback / 64 pages / fully illustrated