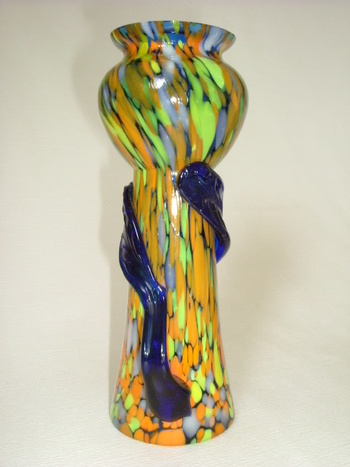 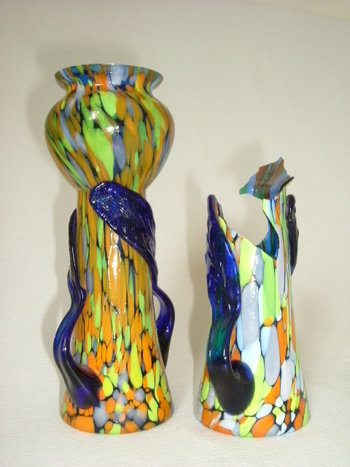 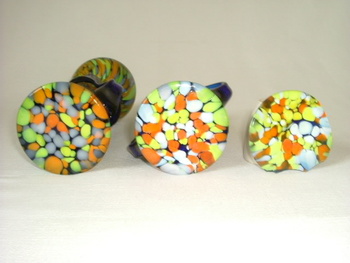 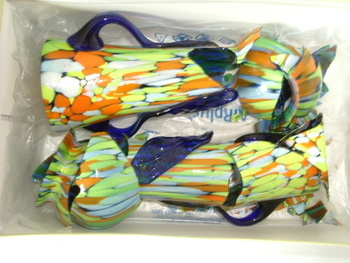 This began with an ebay listing for 'Unusual pair of multicoloured glass vases, Murano style' There was only one picture and it was upside down!

The box arrived in pristine condition.....but it rattled. On opening, each vase was wrapped in only a single layer of bubble wrap, and you see the result, pic.4.
I was annoyed because these were the first spatter vases I'd ever seen with such applied 'leaf' handles and I assumed I'd never see the like again. However about ten days later I found another......

On all the base glass is cobalt and the spatter isn't cased. I think they are all the same decor as the colours in the spatter are the same though of a darker tone in vase three. Looking at the bases the difference is confined to the pale blue.....in the third one it's a grey. Obviously the same maker......