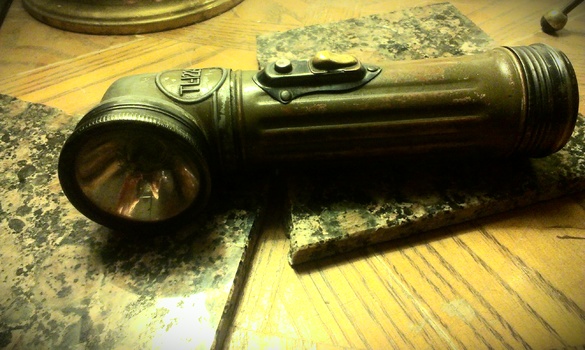 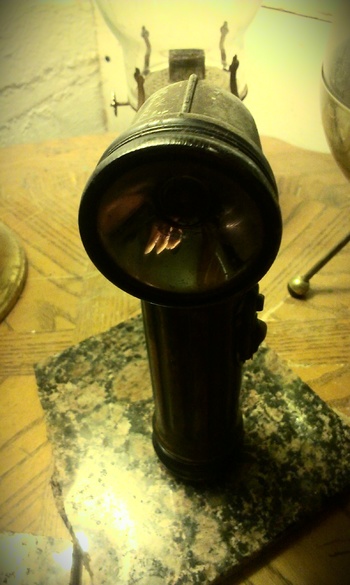 This Is my rare WW2 Tl-122-A flashlight Its brass, not metal they came later fallowed by the plastic models. The brass models are the first incarnation of the Tl-122 series. Also several company's were making the Tl-122-A's including EverReady. The USA lite models are highly sought after, far more than other model's and considered the hardest to find. It stands ruffly 8in and is about 2- 1/2 inches in its circumference. I'm feeling lazy right now so I'm guessing not measuring. I paid 50 cents for it by the way at a second hand store. The last fully working one sold on ebay for 95 dollars and some change. A non working one sold for 50 even. so big score for me(mine works) and It will only increase in its value over time. I have no intentions of selling it any time soon as I like Its steam punk look to it and find it charming. It also has all its original parts. sweet. If you have one of these and are curious about it or know someone who would appreciate the knowledge, this site is full of info on them, its how I learned so much about mine. http://www.paratrooper.be/articles/tl-122-flashlights/