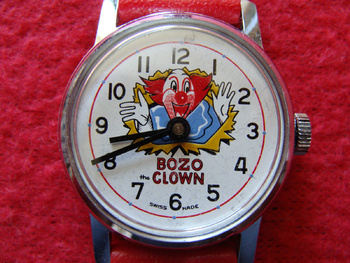 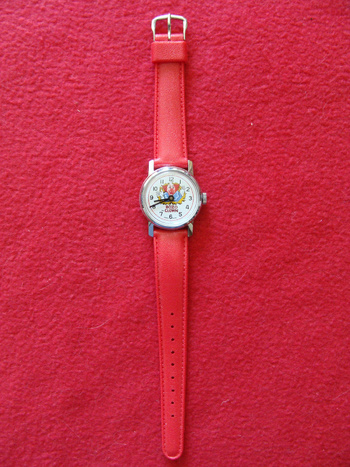 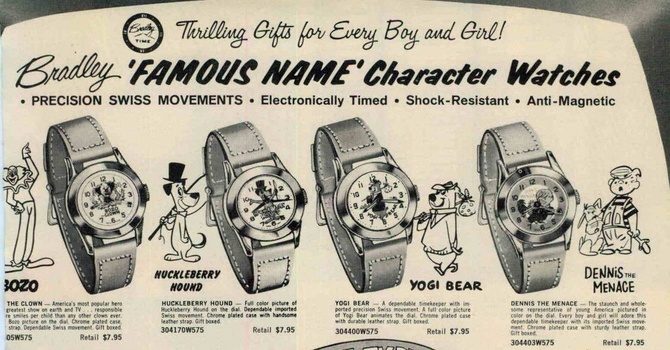 Hello Boys and Girls..... Today I thought I'd share the first issue Bozo Clown watch. Bozo was one of the most know clowns on television, first aired in 1949 and became extremely popular in the 1960's. The character was promoted by Capital Records.
These watches support a Swiss made mechanical movement and only made for short term, circa 1962-63. Next issue was a full bodied graphic was produced with a clear disk seconds dial juggling bowling pins, this graphic was then changed to dial depicting same picture, but instead of standard style hands, the Bozo arms became the hour and minute hands.
Thanks for looking
Kerry