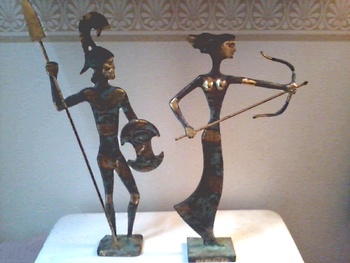 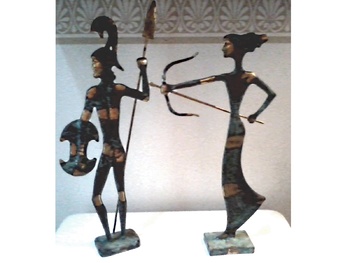 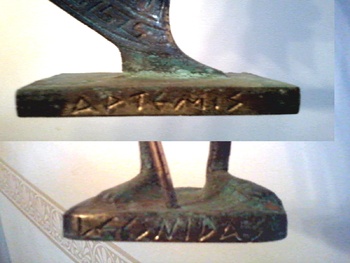 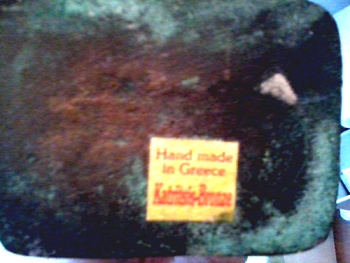 I thought these were really awesome when I saw them at Salvation army, but the price was not. They were on the shelf and I told my friend they really needed to be in the case. She asked me if I wanted them but I declined and said I could wait till half price day if they were still there. She even asked production if they could come down on the price. They told her they shouldn't even be out and they were priced too low as well. OK forget about these ! Flash forward a week later.... Two days before half price day the production manager came and got them out of the case to sell to her boyfriend. Yep, I was there so I figured gone for good now ! The next day I come in and my friend said I have a surprise for you...... and here they are ! She found them back on the shelf when she came into work and put them under the counter for me. She even sold them to me a day early before half price day at a better than 50% discount ! Leonidas is 16" tall because of his spear and Artemis is 14" tall. They have an interesting flat Archaic bronze period look to them and are quite heavy. Only one had the original "Hand Made in Greece Katritsis Bronze" label. I can't find out much about them but they seem to be souvenir items. I figure they could date from mid-century or even later. -Mike-