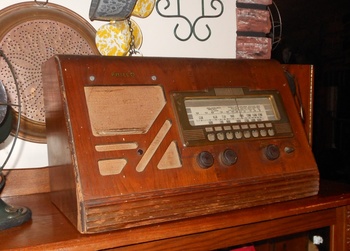 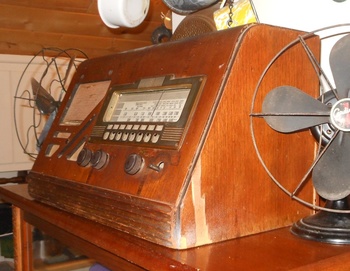 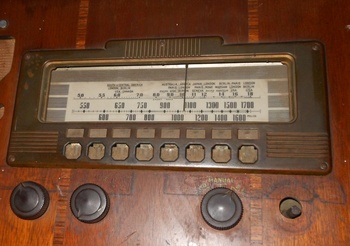 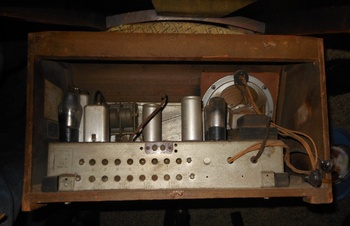 This inclined faced radio was released in late 1938 as part of the 1939 line for Philco radios. The incline face had been part of the floor standing radios but this was the first table top radio with the incline face and control panel. It has presets and also was a shortwave receiver.
This one may or may not work, the bakelite plug is split in half so it is hard to tell.. Anyway it looks great and I have many other projects so it will be a static display for now.