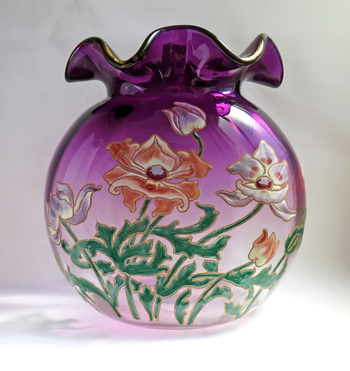 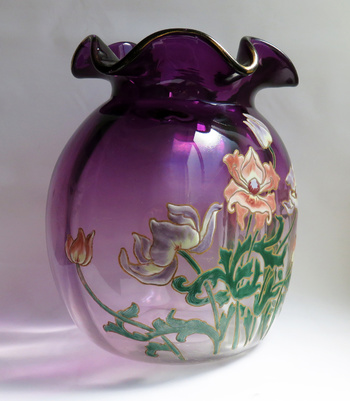 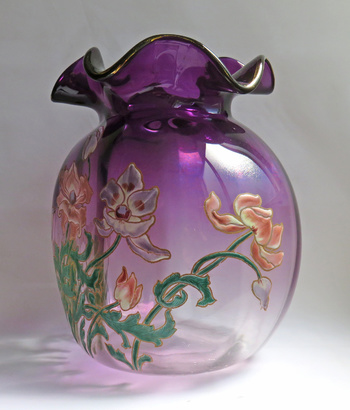 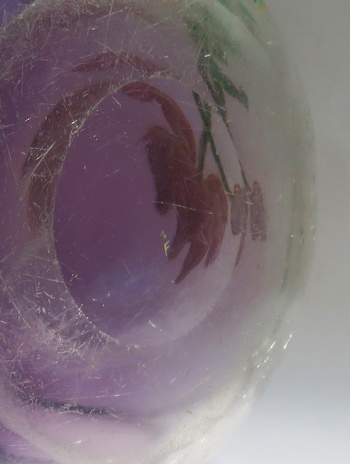 When I first saw this vase, Legras was the very first thing to enter my mind. But, at that point I also didn't really care who made it - I just knew that I loved it! (Thanks so much to a sharp-eyed friend for showing this one to me!) Once I had purchased it, I began to do some research into who made it. And Legras did come up as a definite possibility, but so did Moser. Quite a few very similar vases (two almost identical) surfaced on the internet as being attributed to Moser, so I began to doubt my first instincts. However, one thing I have started to learn with glass, at least for myself, is that I should rely on my first instincts a bit more! :) Quite a bit of the lovely enamel work of Legras Saint-Denis has has been incorrectly attributed to other houses, especially Moser. But I have pdfs of three Legras Saint-Denis catalogs from just before the turn of the century, and was able to identify my vase as being not only definitely by Legras, but also that it was made in a color of glass they called 'Violetinne' (deep spreading purple) in an enameled anemone flower motif. 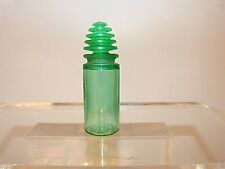 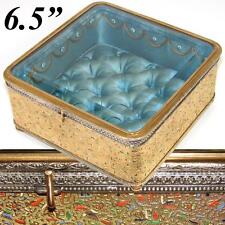 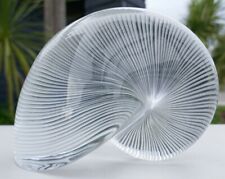