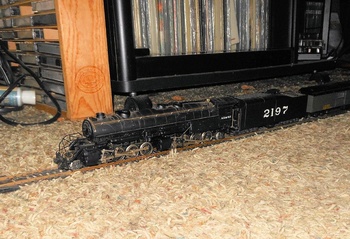 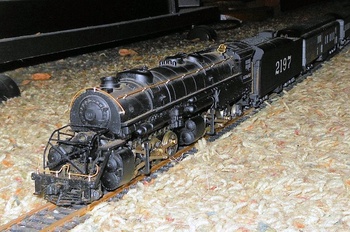 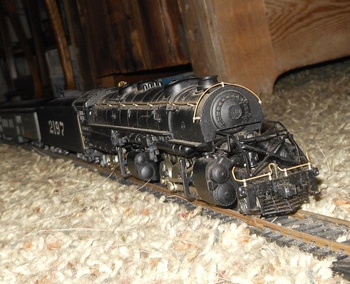 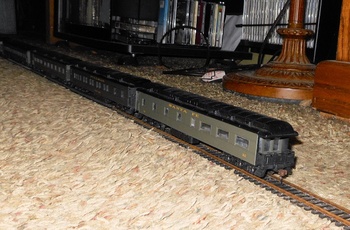 The 2-8-8-2 was basically two locomotives in one. It was articulated ie the front four drive wheels would turn following a curve. The real thing was one of the most powerful locomotives of the day, from 1909 until the the 1930s. It was called a Mallet.
Unlikely such a locomotive would pull a passenger train as the usual top speed was 25mph. They were meant for freight hauling.
The passenger cars are 1920s heavyweights. The tail end car is the observation coach which was the luxury car. These had their own kitchens and cooks, bedrooms, and parlor in the rear section.