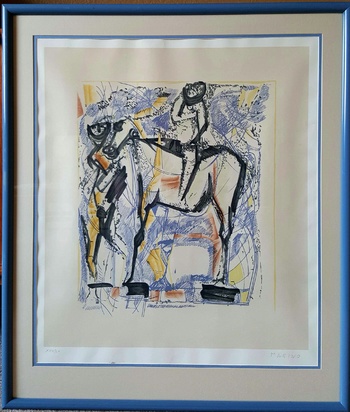 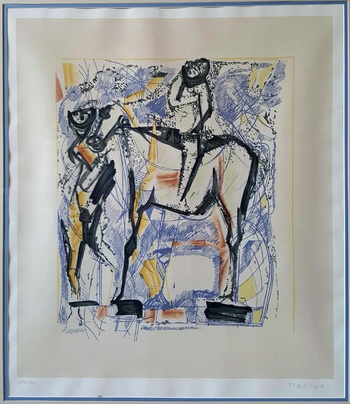 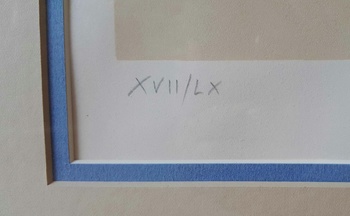 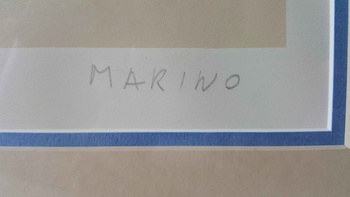 The Italian sculptor, painter and graphic artist Marino Marini enrolled at the 'Accademia di Belli Arti' in Florence in 1917. While he was still an art student, mediterranean antiquity, international Gothic style and medieval rennaissance had a formative influence on him. From 1928 the artist made several lengthy visits to Paris. In 1929 Arturo Martini appointed him to the "Villa Reale" art school in Monza near Milan, where Marino Marini taught sculpture for 11 years. The very same year, the artist presented his first major terracotta sculpture "Popolo".
A large solo exhibition in Milan in 1932, his participation at the Venice Biennale, the Milan Triennale and the Quadriennale in Rome, where he received the first prize for sculpture in 1935, where early milestones in Marini's road to public acclaim. In his figurative sculptures, Marini strove for archaising simplicity of form which tended to be abstract. In 1941 Marino Marini was appointed to the chair of sculpture at the "Accademia di Brera" in Milan. Two years later, he made the acquaintance of some important representatives of contemporary sculpture in Ticino.
Alberto Giacometti, Fritz Wotruba and Germaine Richier encouraged him in his artistic ambitions and inspired his work. Returning from Switzerland, Marino Marini settled in Milan in 1947, where he resumed his teaching career at the Accademia. "Angelo della Città", one of Marini's major works, soon followed. The American art dealer Curt Valentin gave Marini the opportunity to show his work in a large solo exhibition in New York and a series of other exhibitions, which brought him international acclaim.
In 1952 Marino Marini received the prestigious first prize for sculpture at the Venice Biennale, two years later, the grand prize of the "Accademia dei Lincei" in Rome followed.
These awards lead to many exhibitions in various European cities and two large retrospectives at the Zurich "Kunsthaus" in 1962 and the "Palazzo Venezia" in Rome in 1966.
In 1968 the artist was honored with yet another distinction: He became a member of the "Order Pour le mérite" for services to science and art. In 1973 a Marini Museum was inaugurated in Florence, while the artist was dedicated the "Centro di Documentatione dell'Opera di Marino Marini" in the Pistoia town hall, which documented the artist's life and work.
Marino Marini died on August 6, 1980 in Viareggio.