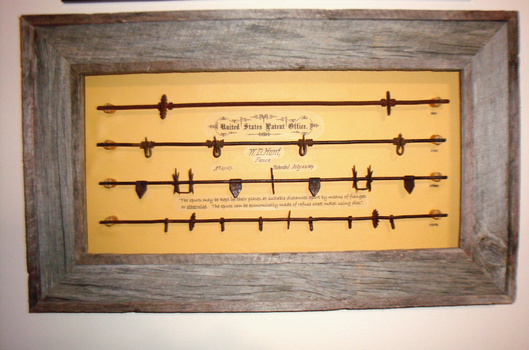 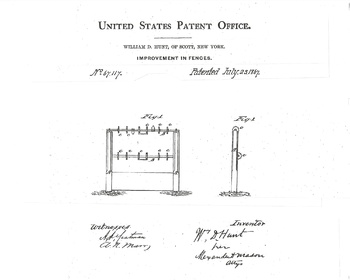 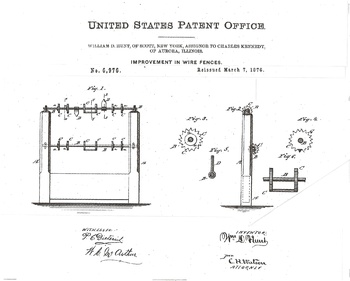 William D. Hunt,of Scott, New York, was issued one of the earliest barbed wire patents. #67,117 July 23, 1867. The patent states " the spurs may be kept in their places by means of flanges or otherwise. The spurs can be economically made of refuse sheet metal using dies."

The patent was re-issued no. 6,976 on March 7, 1876 and assigned (sold) to Charles Kennedy, of Aurora, Illinois. I believe Mr. Kennedy interpreted the patent to mean that "otherwise" meant that he could use wire wrapped around the line wire to hold the barb in place, and refuse sheet metal could be left over spurs from other industries which could account for other variations that are currently considered un-identified.