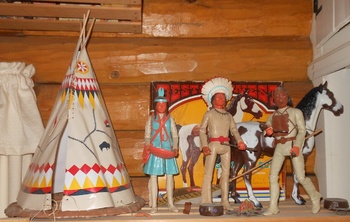 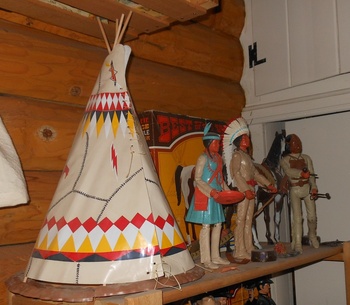 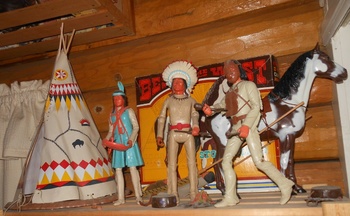 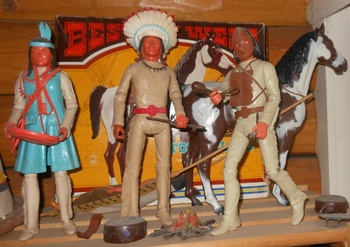 Back to the Johnny West 50th anniversary series.
The Teepee was first released in 1966 although that may have been the cardboard version. In the US it usually came with mail order combination sets. In the UK it was sold separately as the Wig-Wam.
Along with the Teepee is Princess Wildflower first released in 1974. The Chief Cherokee is the 1975 Johnny West Adventures (JWA) version.
Geronimo is the medicine man.
Stormcloud the horse has a travois from the Gabriel Lone Ranger series which is not part of the series but I went with it anyway.