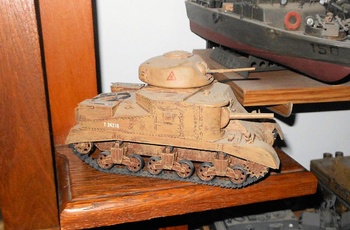 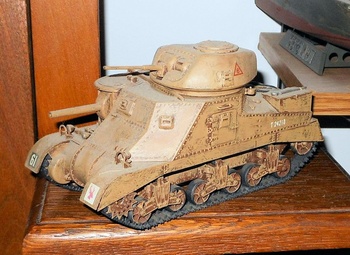 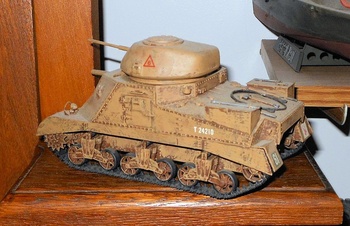 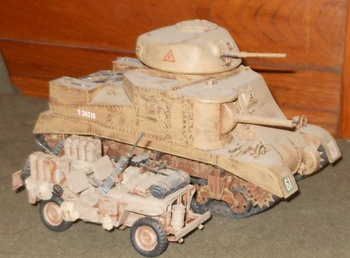 Some of my favorite armored vehicles are the archaic tanks used at the start of WWII. With its sponson mounted 75mm gun and riveted construction this was pretty archaic. But on the battlefields of North Africa in WWII it was also the most powerful as it had the biggest gun at the time. But the rivets would break off and injure the crew when hit by machine gun fire or near misses from high artillery.. Also it was one of the tallest tanks ever made making it an easy target. The M3 Lee version was even taller with a turret for a .30 cal machine gun on top of the turret for the 37mm cannon.
I have a jeep in the last photo to show how large this tank was.
The model is made by Tamiya and is 1/35th scale. I painted it dark brown and then dry brushed it with the lighter color of the British army.