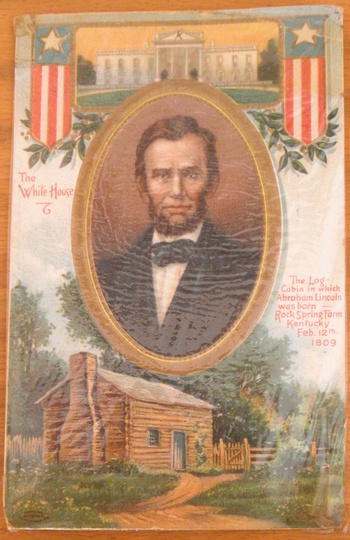 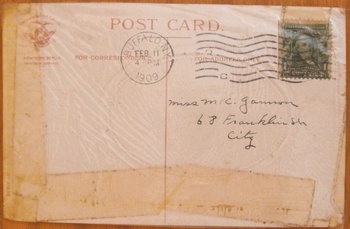 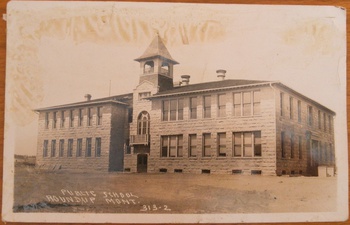 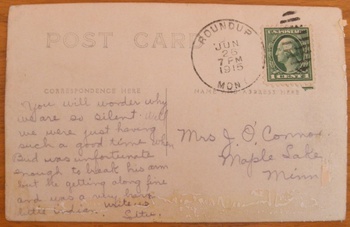 At the bottom of the postage stamp box from my third great uncle there was a lot of envelopes, with the letters still inside. Mixed in with the letters were some very old postcards. These two I thought were coolest. The first one, with Abraham Lincoln, is from 1909. The person it is addressed to is not a relative, as far as I know, and it's postmarked New York, so I have no idea how he came to own it. The second, is a picture of the school in the town that my third great aunt and uncle eventually moved to, Roundup, Montana. It is addressed to my third great aunt from what appears to be a future in-law. They talk about the lack of communication is due to "Bud" breaking his arm, but he was a "brave little indian". How odd.