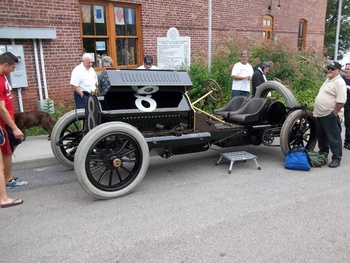 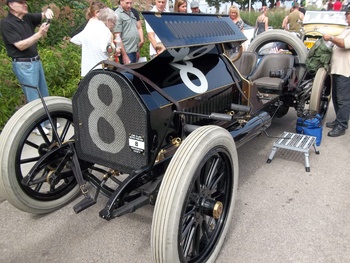 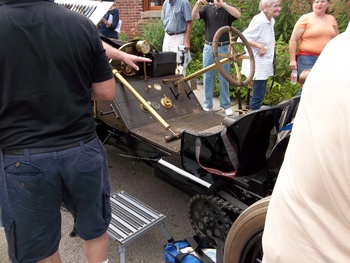 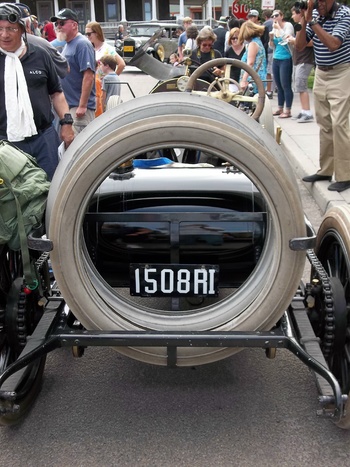 Francis M. Richard came to Port Jefferson in 1909 to produce an American Automobile simply called the “Only”. The “Only” had a one cylinder engine and it is reported that Richard’s automobile was name for the promotional phrase “Only One Cylinder”. F. M. Richard, a Frenchman and engineer was awarded a gold medal in Paris in 1900 for the first two cycle engine ever built and in 1904 for his patented carburetor. The “Only” was equipped with a large single cylinder engine. It was built as a two passenger race type roadster and four passenger versions were made in 1911. After 1912 a five passenger touring car was built with a four cylinder engine. Advertised at $700.00 very few of Richard’s “Only” automobiles were built. Richard later built a four cylinder Metropol, which proved too costly to produce in his small factory. Metropols were also produced in Port Jefferson,New York between 1913-1914. Metropols were produced in two body types. A two seater roadster and a four passenger touring car. The 2 seater roadster and 4 passenger touring car were sold for $1350. Francis Richard’s “Metropol” and “Only” automobiles were not very popular and sales were poor on both.
In 1910 Francis Maurice Richard organized a hill climb on East Broadway in Port Jefferson, NY. The hill climb was attended by several big name automobile manufacturers including Henry Ford who finished 16th. The heavy and slow one cylinder “Only” had no chance against competitors with four and six cylinder engines but did finish the race. This hill climb is a classic car event still done today, but every 5 years.