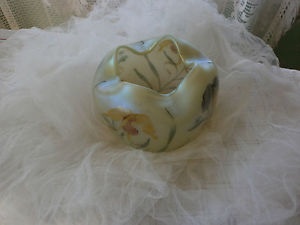 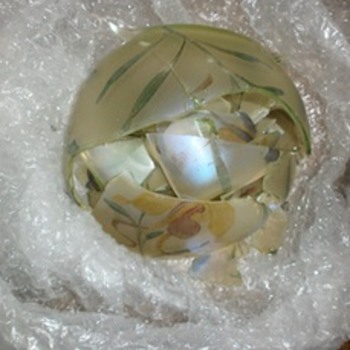 In June I found a stunning Loetz Arcadia vase on Ebay and was very happy to be the highest bidder. I anxiously waited for it to arrive but it did not. I contacted the seller and after a few days I was told that the parcel had gone missing and the seller didn't have a track & trace number. A week later the seller informed me that the parcel had been found but that the vase itself was shattered. I did get my money back - minus 22 euros shipping costs, but I had some doubts as to the truth of the story, so I pressed the seller for a picture of the vase. And there it was, my beautiful Arcadia, shattered to pieces. What a terrible shame.